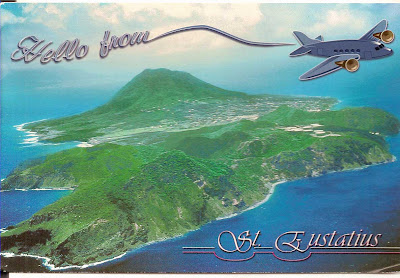 As you may have read on the RNW website, on October 10, 2010 the Netherlands Antilles will cease to exist as a country within the Kingdom of the Netherlands and the status of the individual islands will change as follows:

St. Maarten and Curacão will become independent countries within the Kingdom and will be granted the same status that Aruba attained in 1986. Bonaire, Saba and Sint Eustatius will be given the status of a public body (a kind of special municipality) in the Netherlands and will therefore fall directly under Dutch rule.

To mark the occasion, a group of 15-20 radio amateurs from several countries have joined forces to activate special transmissions from Bonaire between October 10-24, 2010. The primary focus will be all HF bands from 160 to 10 meters including the WARC bands. The team will focus on all modes including SSB, CW and various digital modes. Further information about the callsigns to be used will be published on the special website www.bonaire2010.com.

Various locations on the island will be used, but the primary location is the RNW shortwave transmitter site. Its impressive antenna park provides up to 21 dBd gain. The radio amateurs have been granted use of the antennas during their “dead hours” on the HF bands, between 1230 and 1830 UTC. It’s planned to operate from the RNW facility on 30, 20, 15 and 17 metres.

Between 11 and 15 October, the RNW facility will also serve another purpose. A group of schoolchildren from Bonaire will be contacting another group of children in the Netherlands who will be the guest of Dutch ham PD1DX. This will provide an opportunity for the group of new Dutch country citizens to ask each other questions in order to get to know one other a little bit better.

All QSOs will be QSL’d through the services of Global QSL who will be responsible for printing and distributing cards to all QSL bureaus worldwide. If you do not use a QSL bureau or would like to send for a direct confirmation, all QSL information will be published on the website www.bonaire2010.com.
(R Netherlands Media Network Weblog) 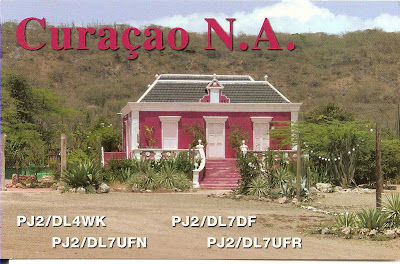 PJ ACTIVITY. During the next three weeks (starting October 10, 2010), DXers will be treated to something special that they have never seen before - multiple new DXCC entities. Expect huge pileups and probably plenty of confusion. It is suggested to "PLEASE be patient", "LISTEN" and "KNOW" who/what you are working. Even though the PJ islands are expected to be new DXCC entities, they will NOT be totally rare ones and will be easily accessible for future operations. With over 11 operations expected to be on the air during the next month, observe/listen first and then have fun working them.

SPECIAL NOTE: Bill Moore, NC1L, Awards Branch Manager, informed the DXCC QSL Checker on October 6th (edited): "As you know on 10/10/10 Bonaire, Curacao and Sint Maarten, et al, will become deleted entities on the DXCC list. Other changes will occur and a full news release will be made at the appropriate time.

For card checking purposes, DXCC will not be accepting any contacts for the new entities until January 1, 2011. If you receive applications with the deleted PJ's, these can be checked until December 31, 2010. However, if your applicant asks, this entity will still count but as a deleted entity. (effective 10/10/10).

If someone brings to you a QSL dated 10/10/10 or after, but before January 1, 2011, this card must be returned to them, unprocessed. The new entities will not even be added to the DXCC computer until January 1, 2011, so submitting them will result in nothing credited."
(Ohio/Penn Special Bulletin 979.1 via Tedd Mirgliotta & Larry Van Horn)
at 4:00 AM