Time Take to Enjoy Christmas Around the World 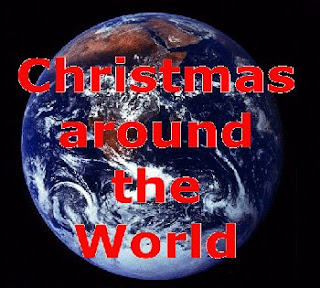 All of us have been in the midst of the holiday crunch for weeks. Endless errands and holiday festivities abound, and you may feel as though during these last few days you're running in circles! If so ... take a break, whatever you can spare, for some receiver time for band scanning and special holiday radio programs.

There are endless hours of specials from across the globe leading up to Christmas. In Central and South America, the Posadas religious commemoration continues. During the ensuing evenings many Spanish stations air extended programming - some may broadcast all night, while a few networks have been known to activate relays for the holiday season. Check during late afternoon for African stations that may also extend their broadcast hours.

Others to tune in include Germany‛s Deutsche Welle, Radio Netherlands, Vatican Radio, HCJB and many others.

December programming is an excellent time to correspond (and verify) your favorite holiday specials.

Take some time to enjoy the sounds of this special time of the year from across the world.
(Gayle Van Horn/QSL Report Vault)
at 10:39 AM