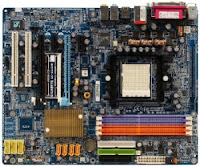 Greece- 11645 A puzzle on Monday
Today April 20th the ERT Athens service on 11645 kHz contains the same GREEK programme as 9420 and 15630 kHz at present 0500-0800 UT. Is the international sce relay of Filia MW 666 kHz at 0500-1000 UT in Albanian, English, French, Spanish, German and Russian language only on air Tuesday til Saturday? Monday never ? Or is today a special holiday in Greece on Filia broadcaster, - maybe of the Greek Orthodox church on Holy Easter ? (wb, wwdxc BC-DX TopNews Apr 20)

"Dear friend of the Voice of Greece"
We inform you that yesterdayApril 20th was a special holiday on Greece. Is the day after Greek Orthodox Easter and in Greece we don't work. This was the reason that the ERT Service on 11645 kHz contained the same Greek program as 9420 and 15630 kHz.
With our best regards - from Athens.(Apodimoa_ERA5, wwdxc BC-DX TopNews Apr 21)
(BC-DX #909 via wb, Germany)

Reporters Without Borders strongly condemns the raid which members of the Islamist armed group Al-Shabaab carried out yesterday on Radio Jubba in Baidoa (250 km northwest of Mogadishu), closing the station and arresting three of its journalists. Al-Shabaab is in control of Baidoa.

“The climate of terror which Somali Islamist insurgents are imposing on the press has gone on for too long,” Reporters Without Borders said. “The militias are responsible for many of the murders of journalists in Somali in the past two years, and have targeted leading civil society members on the grounds that they are serving the interests of the ‘Crusaders’. If nothing is done to stop them, Al-Shabaab will end up convincing journalists to give up working altogether.”

Heavily-armed Al-Shabaab militiamen burst into Radio Jubba’s studios yesterday evening and ordered the journalists to stop broadcasting. Station manager Muktar Mohamed Atosh, editor Mohamed Adawe Adan and reporter Mohamed Nur Mohamed were arrested. The raid was ordered by the head of security in the region, Sheik Hassan Derow, who accuses the station of “not obeying the administration’s orders.”

Muhidin Hassan Mohamed, the Baidoa correspondent of Mogadishu-based Radio Shabelle, was arrested by Al-Shabaab members on the evening of 16 April, a few hours after the station broadcast a report in which he said residents were subject to extortion by insurgents at checkpoints set up around Baidoa. He was released four days later, after admitting to disinformation.

With 11 journalists killed in the past two years, Somalia is Africa’s deadliest country for the news media. Al-Shabaab is on the Reporters Without Borders list of “Predators of Press Freedom.”
(Jose Miguel Romero/HCDX)

Radio Netherlands Worldwide expands in India
HILVERSUM/NEW DELHI - Radio Netherlands Worldwide (RNW) has taken on a new partnership with one of the largest cable networks in India, Incablenet (IndusInd Media & Communications Ltd. of Hinduja Group); This allows around 2 million listeners of Indian households to listen to the English programmes of RNW. The international broadcaster is already collaborating with various FM radio stations, and Incablenet allows the Indian public to access RNW programmes via cable for the first time.

Last year RNW began establishing partnerships with local FM stations and broadcasting organisations such as Radio Misty to provide the Indian population with information about the Netherlands and Europe. And during the India festival in the Netherlands last year RNW covered the event together with All India Radio.
The partnership with Incablenet enables RNW to air its English programmes not only on FM, but for the first time via digital cable. Incablenet, headquartered in Mumbai, is one of the largest and pioneering cable MSO ( Multi System Operator) companies in India. The company currently serves over 6.5 million households in analogue cable and its coverage is expected to grow to over 9 million households in the next two years. The digital cable networks of "Incablenet" also continue to grow rapidly.
RNW's Director General, Jan Hoek says: "India is one of the fastest emerging superpowers in the world. Growing trade, historical and new cultural relations with the Netherlands mean that the need for information about Western countries is growing. Via Incablenet we aim to contribute to fulfilling this need."
Managing Director of Incablenet Ravi Mansukhani: "We are pleased to distribute RNW in our digital distribution networks in India. The radio industry is estimated to have grown at an impressive CAGR (Compound Annual Growth Rate) of 19.7% over the year 2006-08 in India. Emergence of radio stations like RNW could also help the industry in attracting new listeners and driving up overall radio listener ship. We wish RNW all the success and a long innings in India after this launch."
(Rachel Baughn/MT)

Mauritania on 4845
Radio Mauritanie Apr 20, 0602-0630. Tuned-in to Koran singing followed at 0608 by music. OM talks in AA over stringed instrument, similar to a guitar. Then switched to piano recording with more AA talk. ID in AA at 0630. Poor to fair signal until CODAR showed up for the first time around 0630 tune-out. (Barker-PA)