Christmas Programs Across the Globe 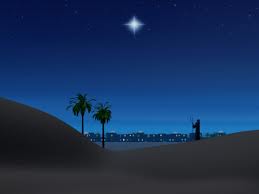 Radio Australia
Christmas downunder, means that Christmas and New Years will commence at the beginning of summer. Most of the country takes their holidays at this time, but look for features from programs that originate from Radio Australia or in co-productions with ABC News Radio.

BBC World Service
A favorite for Christmas programs, is the Festival of Nine Lessons and Carols, which traditionally air domestically on BBC's Radio 4 live at 1500 UTC on December 24, and repeats on Christmas Day at 1400 UTC on Radio 3. The Festival of Nine Lessons and Carols also airs on the BBC World Service on or around Christmas Day, and on-demand following the Christmas Eve broadcast. This special favorite, is broadcast live from the candlelight service at King's College in Cambridge on Christmas Eve, and marks the beginning of Christmas. Scriptures and music from the chapel choir, who also lead the congregation in traditional Christmas carols. Another annual tradition is the Queen's Message to the Commonwealth. This brief five-minute message has been a long tradition of BBC's coverage. Previous years' editions have aired at 1505 UTC. The Queen's Message can be heard at various times around the world via the BBC, Canada's CBC, ABC and Radio New Zealand International.

China Radio International
Programming usually focuses on Christmas celebrations in Beijing and other cities. CRI programs that focus on Chinese celebrations. Last year's feature A Chinese Style Christmas was a favorite to listener's.

Radio New Zealand
Special programming from our Pacific friends is another favorite this time of the year. This year's programming will likely be a continuation of christian worship from Aotearoa, New Zealand, from a small Northland beach church. We hope they repeat last year's classic A Fragile Peace by Lindsay Wood- a story of the first Christmas in the WW I trenches in 1914.

Vatican Radio
Vatican Radio's English language broadcast for Africa continues on an hour earlier at 1730 UTC  usually on 9660 kHz. It is repeated at 2200 UTC on 9660 kHz and 11625 kHz.The same program can be heard the following morning at 0500 UTC on 7360 kHz, and at 0630 UTC, on 9660 kHz. Vatican Radio is a great place to hear special Christmas programming for live broadcast on Christmas Eve, and carried also on WEWN.

Radio Slovakia
Radio Slovakia may not broadcast on shortwave as in previous years, but you can listen to their live Internet stream at http:www.radiosi.eu. You can also click on "Shows" and get access to all the English language programs at RSI, mamy of which are available as a podcast or as a You Tube video.

Across the globe
Many local radio stations will be wall to wall with Christmas music, others will feature special programming. Scan around your local stations, as well as international and domestic broadcast around the world. Most radio stations have their own websites, which provie information about their programming, and audio links. Facebook has many station that maintain their own pages, and it is a great way to keep up to date with the stations. Often, the stations interact with listeners and post
the holiday program announcements. Twitter works in a similar way, and provides an opportunity to get a heads up for program specials and news.

Teak Publishing thanks Fred Waterer, The Shortwave Listener columnist at Spectrum Monitor e-magazine, for permission to use portions of his December column. We also thank the December issue of NASWA for additional information.
Gayle Van Horn
at 10:00 AM