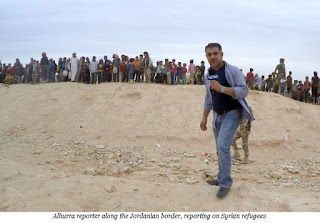 WASHINGTON, D.C. - The Broadcasting Board of Governors today released its annual impact numbers which show the agency had its largest ever increase in its weekly worldwide audience to 278 million people, up from 226 million in 2015. These increases occurred across all platforms with digital platforms seeing the largest percentage growth, followed by radio and television.

"The unprecedented growth we've seen this year further illustrates the need for U.S. international media particularly in parts of the world where access to balanced, impartial news is severely limited or non-existent," said BBG CEO and Director John Lansing. "In media markets increasingly dominated by disinformation and propaganda, more and more people are turning to BBG networks for fair, accurate, fact-based reporting."

The increases include gains in highly competitive media markets that are of strategic importance to the United States. Digital audiences increased from 32 million to 45 million while those for radio rose by 27% to 130 million. Television audience also grew, increasing 23% to 174 million.

In addition to weekly audience size, the BBG measures its impact using quantitative, qualitative, digital and anecdotal data on a wide range of factors including program quality and credibility, engagement with the news process, and audience understanding of current events. Key accomplishments include:
MBN's Raise Your Voice-Iraq developed new television programs encouraging Iraqis to share their thoughts and opinions on extremism and the underlying causes of terrorism. This programming provides firsthand accounts of the realities of life under ISIL, including the pain and suffering of families and communities.

VOA and RFA increased their social media outreach in Southeast Asia with huge gains in video viewing and engagement on Facebook and YouTube. VOA Vietnamese averaged 2.7 million video views weekly on YouTube, and RFA averaged over 600,000.

OCB hosted a two-day conference on internet freedom in Cuba. The event convened a broad spectrum of digital innovators and independent journalists from Cuba and elsewhere to exchange ideas and provide important information about the state of the internet in Cuba.
(VOA/photo via VOA)
at 7:55 PM