From the Isle of Music & Uncle Bill's Melting Pot schedules

From the Isle of Music  episodes for November 12-December 2:
1. For the week of November 12-18, our special guests are from Manguare, one of the leading bands in Cuba’s Nueva Trova movement. We will be spending the hour with them with a lot of music.
2. For the week of November 19-25, we will rebroadcast on of our favorite episodes from 2016, which includes award-winning Jazz piano virtuoso Harold López-Nussa and other good things.
3. For the week of November 26-December 2, we will feature some interpretations of part of Schubert’s Trout Quintet lead by Cuban pianist Frank Fernandez along with an part of an intriguing album from the 1980s, Leningrado, featuring moments by several of Cuba’s Jazz elite from the time.
Four opportunities to listen on shortwave:
1. For Eastern Europe but audible well beyond the target area in most of the Eastern Hemisphere (including parts of East Asia and Oceania) with 100Kw, Sunday 1500-1600 UTC on SpaceLine, 9400 KHz, from Kostinbrod, Bulgaria (1800-1900 MSK)
2. For the Americas and parts of Europe, Tuesday 0100-0200 UTC on WBCQ, 7490 KHz from Monticello, ME, USA (Monday 8-9PM EST in the US) NOTE THAT UTC CHANGED FOR B17 BUT EASTERN US TIME IS STILL THE SAME.
3 & 4. For Europe and sometimes beyond, Tuesday 1900-2000 UTC and Saturday 1200-1300 UTC on Channel 292, 6070 KHz from Rohrbach, Germany. 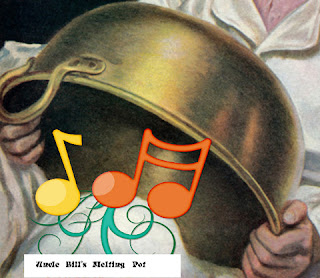 WBCQ The Planet 7490 KHz  from the US to the Americas and parts of Europe(Tilford Productions)
at 1:38 PM