American Radio Station in Australia Protected as a Heritage Site 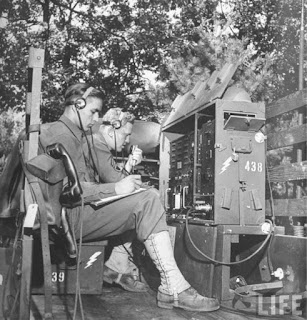 This is a follow-up from the original post on September 1, entitled, Most important radio station in the South Pacific during WWII

An interesting item of news in an Australian newspaper informs us that an important American radio building in Australia has been listed as an official Heritage Site, and it is thus protected as a significant item of radio history from the era of World War 2 in the Pacific.  This radio station building was the receiver base for the most important American radio station in the entire South Pacific, in the middle of last century.

We are grateful that Ray Robinson, Vice President of Operations for Strategic Communications at shortwave station KVOH in Los Angeles in California, alerted us to this significant information about the important American radio station that was on the air in Australia back nearly three quarters of a century ago.  This is the story, or at least the first part of this story in our program today, and we plan ultimately to look at the five different inter-related American radio stations around the city of Brisbane, the capital city of the Australian state of Queensland.  In our program today, we look at the first three of these locations.

1. AMP Building Brisbane: Communication Headquarters, WVJJ-WTO
It was on Sunday March 22, 1942, that General Douglas MacArthur and his official party arrived in Melbourne, the state capital of Victoria in Australia, at the end of a hazardous journey from the Philippines.  He established his communication headquarters at the Royal Australian Air Force (RAAF) aerodrome at Laverton, a dozen miles southwest of Melbourne, under the American callsign WTJJ.

Four months later on July 20 (1942) MacArthur transferred from Melbourne to Brisbane, and he took over the entire eight year old, nine storey high, AMP (Australian Mutual Provident Society) Building on the northeast corner of Queens and Edward Streets as operational headquarters for American armed forces in the the South West Pacific Area (SWPA).  The reinforced concrete roof on the strong AMP building added a mantle of safety if enemy bombers chose to attack this location.

2. Somerville House South Brisbane: Transmitter & Receiver Station
The very ornate Somerville House at 17 Graham Street in South Brisbane was constructed in 1890 as a private dwelling by the widowed Anne Stephens.  Her late husband had been a prominent and successful businessman, and also Lord Mayor of the City of Brisbane.  Thirty years later, an elite educational institution, the Brisbane High School for Girls, purchased Somerville House, which they have held ever since.

However four months later on June 24 (1942), American army personnel occupied the building, part of which was taken into use for a communication radio station.  A prominent room in the middle of the second floor became an office for the radio station; Morse Code operation was conducted in a top floor room in the extreme right wing; and the shortwave transmitter was installed on the ground floor of the right wing at the back of the building.

There was just one shortwave transmitter in use at Somerville House, an American made 1 kW Federal Model BC399 for communication with army headquarters at station WVJM in Grace Building in Sydney.  Regular communication with the American army station WVJL at Townsville in North Queensland was maintained via the Australian telephone system with the use of an army made TG5 telegraph set.

American army personnel occupied Somerville House for two and a half years, and most were transferred “up north” by the end of the year 1944.  However, some Americans were still on duty in Somerville House when the Girls School resumed classes at this location in February of the next year (1945).

3. Golf Course Redland Bay: Transmitter Station
At the same time as the American communication station was under development in Somerville House in South Brisbane, another American transmitter station was being developed on the Golf Course at coastal Redland Bay, some 20 miles southeast of Brisbane.  The golf course was on the north side of North Street, and a banana and papaya orchard was on the south side.

In May 1942, the first shortwave transmitter at Redland Bay was also a 1 kW Federal Model BC399, and initially it was installed in a tent.  Soon afterwards though, the golf course Club House was taken over and then all radio operations were conducted indoors.
At this location, a total of five rhombic antennas at approximately 70 feet high were installed.  In order to maintain 24 hour operation, usually ten army personnel were on duty during each shift.

Summary
This far we have presented the story of three American radio station facilities in the Brisbane area during the Pacific War, all of which combined and interconnected, made up the American station with the American callsign WVJJ-WTO.  These were all in functional use during the pivotal years running from 1942-1945.

The MacArthur communication facility in the basement of the AMP Building in Brisbane is now featured in the MacArthur Museum on the 8th floor of this same building.  In addition, a very modern MacArthur Central Shopping Center made up of four levels of popular and elite shops covers almost an entire city block.

The American occupied Somerville House with its shortwave communication transmitter is now honored with a permanent listing on the Queensland Heritage Register, which thus acknowledges and protects the building because of its historic and cultural value.

A new Club House was constructed on the grounds of the Redland Golf Course a dozen years ago, though the old building which housed the American shortwave transmitter during the Pacific War is still standing.  As the history of their club tells us, they were honored with their American involvement back in the middle of the last century.
(AWR-Wavescan/NWS 598)
at 8:00 AM