Shortwave radio is important to those at sea 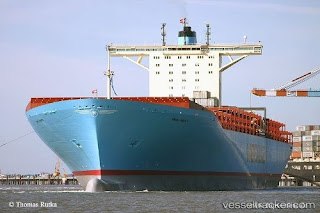 The radio is often the main companion of Spanish mariners who live and work thousands of miles from their homes. The magic of shortwave and the team of the veteran program “Españoles en la Mar” (“Spaniards at Sea”), which has been on Spanish Foreign Radio for 40 years, has even been able to keep informed those who were kidnapped on the Alakrana [a Spanish ship kidnapped by Somali pirates in the Indian Ocean] about the developments in their case, according to the program's presenter, Paco Arjona, who along with his colleagues has just received the Miguel Pardo award from the Spanish Maritime Group.

“We use shortwave as our base, which continues to be vital and allows us to be heard on five continents,” said Arjona. “We have to adapt to new technologies, but at sea you need shortwave. As for Internet, today it's very difficult to connect from a ship on the high seas. Two months ago a web page that deals with the subject said that it was a great advancement to be able to connect at 128 kilobites. On the high seas, the Internet is only good for sending e-mails with text.”
(NASB Dec 9/Dan Elyea)
(photo Emma Maersk via Maersk)
at 3:53 PM