RTÉ to return to service 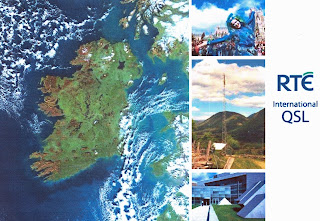 Chairsperson of the  Oireachtas Communications Committee Hildegarde Naughton has welcomed confirmation from RTÉ that the longwave radio service will return tomorrow.

RTÉ announced plans to end its longwave radio service in 2014 which sparked criticism from groups who said the move would isolate elderly people, particularly those in Britain, who rely on it to keep up to date with Irish news and current affairs.

A group in Manchester signed a petition calling for it to be saved so Irish expats could continue to receive the service abroad, with some saying “having a voice from home” helped solve loneliness.

Cancelling the service would have seen some older radio sets unable to pick up RTÉ Radio 1, with RTÉ’s director general Dee Forbes at the time saying it made the decision in keeping with “evolving technologies”.

Representations were then made to the Oireachtas communications committee on behalf of the Irish diaspora in Britain, and chair of that committee, Fine Gael TD Hildegarde Naughton confirmed last month that works had begun to ensure the broadcast continues for at least another two years.
The service has been unavailable since 7 September this year as RTÉ undertook “significant remedial work” on transmission equipment to ensure the continuance of the service for at least another two years.

The longwave service is now turn to return October 18
“RTÉ committed earlier this year to maintaining the service following engagement with the Committee,” Naughton said.
“Following the temporary suspension of the service, to allow the works to be carried out, I am pleased that the service has resumed and listeners in the UK and beyond cna be assured that service will continue for a minimum of two years,” she said.
“We will continue to work with RTÉ to ensure longwave has a viable future.”
RTÉ has been contacted for comment.