a reminder to our readers.....

Radio Free Asia (RFA) announces the release of our 43nd QSL card. This QSL commemorates 2012 as the Year of the Dragon. According to ChineseZodiac.Com, Dragons are characterized as ambitious, risk takers, and as people who gravitate toward challenges. If left on their own and allowed to live by their own rules, Dragons are usually successful. Dragons are also passionate in everything they do and while they frequently help others, Dragons will rarely ask for help. The Year of the Dragon is from January 23, 2012 – February 9, 2013. This QSL card will be used to confirm all valid RFA reception reports for January-February 2012. 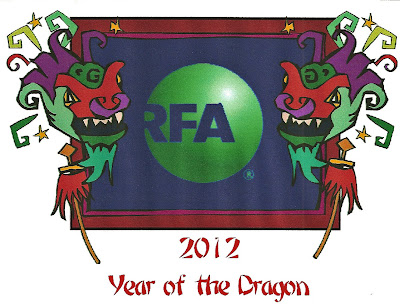 RFA’s 43rd QSL card commemorates 2012 as the Year of the Dragon.

RFA is a private, nonprofit corporation that broadcasts news and information to listeners in Asian countries where full, accurate, and timely news reports are unavailable. Created by Congress in 1994 and incorporated in 1996, RFA currently broadcasts in Burmese, Cantonese, Khmer, Korean to North Korea, Lao, Mandarin, the Wu dialect, Vietnamese, Tibetan (Uke, Amdo, and Kham), and Uyghur. RFA strives for accuracy, balance, and fairness in its editorial content. As a ‘surrogate’ broadcaster, RFA provides news and commentary specific to each of its target countries, acting as the free press these countries lack. RFA broadcasts only in local languages and dialects, and most of its broadcasts comprise news of specific local interest. More information about Radio Free Asia, including our current broadcast frequency schedule, is available at http://www.rfa.org/

RFA encourages listeners to submit reception reports. Reception reports are valuable to RFA as they help us evaluate the signal strength and quality of our transmissions. RFA confirms all accurate reception reports by mailing a QSL card to the listener. RFA welcomes all reception report submissions at http://www.techweb.rfa.org/ (follow the QSL REPORTS link) not only from DX’ers, but also from its general listening audience.

Upon request, RFA will also send a copy of the current broadcast schedule and a station sticker.
(A.J. Janitschek/RFA)
at 11:10 AM