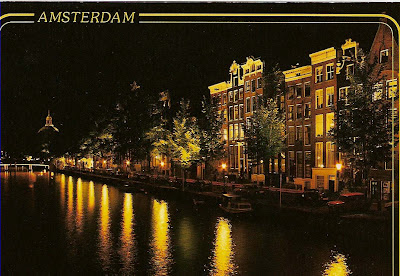 A former US serviceman on founding America’s first black platoon of paratroopers; a journalist from Ghana on why he went undercover to expose wrongdoings, and a Senegalese hip hop artist on returning to her home village to break the taboos about female genital mutilation.

The End of the World

What would happen if the world came to an end, at least as we know it? From building bunkers and preparing for the worst, to photographing parts of the Earth that we’ve destroyed, we examine what happens when the end comes.

We meet Bangladeshi photographer and social activist Shahidul Alam, who’s worked as a university lecturer and professor in various places in the world. Alam he keeps coming back to his native country, though. He’s recently published a book of his finest works, titled “My Journey as a Witness”. He takes us along on that journey in this edition of the programme.

Also on the show the rather peculiar story of Indian Arunchalam Muruganantham, who has developed a cheap alternative to sanitary pads for women. The social entrepreneur has invented a machine that is used by women groups and neighbourhoods all over India, where women make their own pads.

(There'll be a new edition of the programme on Thursday)

The Dutch government has announced drastic budget cuts that threaten one of the oldest and best-loved ethnographic museums in the Netherlands. The Tropical Museum in Amsterdam with its impressive African collection might be forced to close its doors at the end of this year.

Our guest in this edition of Africa in Progress is Paul Faber, head curator of the Africa department at the museum. He explains why artefacts from Africa are so important for present-day Dutch society and considers different measures that could help save his beloved institution.

The Kettle, by Jason James Less from New Zealand. A story from the boxing ring. Read by Khalid Abdalla.

Who says I can’t squat?

Radio Netherlands Worldwide’s Dheera Sujan visits Sanne, Tom and Bo – three Dutch squatters. She hears their struggle to build – and keep – their home amid the new anti-squat laws in the Netherlands.

Hear the World
The current series of European Jazz Stage has come to an end. But don’t despair, there’s plenty of good music to come. We’ve started a new series of Hear the World, hosted by Dheera Sujan.

Latin, salsa, reggae and African music are the ingredients in this first edition.

Timbazo is a thirteen-piece Latin band Cuban playing timba, jazz and salsa.
Singer and guitarist Khalu Dee from Senegal made a great impression at the 2010 Afro-Latino Festival.
And you’ll be surprised by a recent recording in our special Dutch Music Delights slot.