If it's the first Saturday in December...it means only one thing ! Time to turn off the telephones, computers, stock up on party supplies and revel in an annual tradition that is unlike any other in our household!

Yes, that's right ... Saturday, December 2nd is the annual Army vs Navy football game, where the Midshipmen of the Naval Academy and Corp of Cadet's from West Point Military Academy continue an honored tradition of pageantry and history. As a retired Navy family, the "game" remains an important tradition in our family!

Navy (8-3) will play host to Army (3-8) in the 107th edition of the Army-Navy game Saturday, Dec. 2, at a sold out Lincoln Financial Field (68,532) in Philadelphia. The Mids will be gunning for a fourth-straight Commander-In-Chief’s Trophy and with a victory, the Navy senior class will become the first in school history to go 8-0 against Army and Air Force.

Kickoff is set for 2:35 p.m. and the game will be televised nationally by CBS. Ian Eagle and Boomer Esiason will serve as the game announcers, while Sam Ryan will handle the sideline reports. The Corps of Cadets are scheduled to march-on at 11:50 a.m., while the Brigade of Midshipmen will march on at 12:20 p.m.

Join the Military Channel live on TV, beginning at 12: 30 PM (EST) from the Army-Navy game in the hours leading up to the game. For two hours they plan to explore the history of this epic competition, profiling the players who have both played and fought for our country.

American Forces Network Television will carry the game live Saturday on AFN prime Atlantic; 8:30 p.m. CET , 10:30 p.m. Iraq and Sunday at 4:30 a.m. JKT. For information on a replay of the game, visit the myafn,net Sports Schedule page at: http://myafn.dodmedia.osd.mil/tv/sports/schedule.asp

By special arrangement, live coverage of the game will also be available to many off-post viewers in Korea who receive AFN via an over-the-air transmitted signal.

So, there you have it....the Army vs Navy game on television, AM, FM, shortwave and Sirius Satellite. That leaves just one thing left to say... 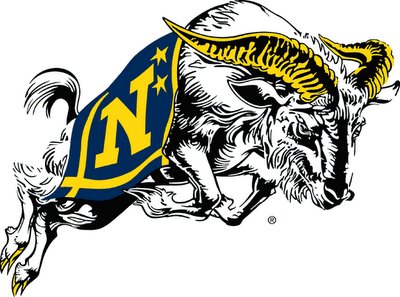