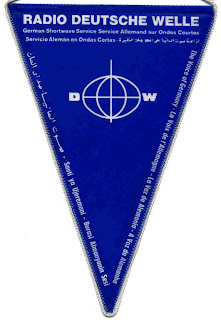 Germany’s international broadcaster Deutsche Welle (DW) today announced major changes in its methods of distribution. From the start of the winter transmission period B11, daily output on shortwave will be reduced from the current 260 hours to 55 hours. The remaining shortwave broadcasts will be directed to Africa and parts of Asia. As a result of these cuts, the shortwave relay stations in Trincomalee (Sri Lanka) and Sines (Portugal) will be closed. Here follows the full official DW press release in English:

Starting July 1, 2011, Deutsche Welle (DW) will be making major changes in how and when its radio programming is broadcast in Asia and Europe, as well as German radio programming as a whole. The measures will ensure the further development of Germany’s international broadcaster to a truly multimedia organization.

As stipulated in the organization’s strategic plan for 2010-2013, DW will focus on modern modules that can be integrated into partner’s FM line-ups as well as being offered as stand-alone, on-demand services for the Internet and mobile devices. DW will thereby increase the cooperation with its partners throughout the world. With the exception of Africa and parts of Asia, linear shortwave broadcasts will be discontinued due to limited usage. The resources that have been saved will be reinvested in projects for the future – especially in the development of television services with regional languages and content, as well as an increase in online and mobile services.

DW will aim to use its available resources to offer two TV channels per region. This will give viewers the opportunity to choose between a channel with predominantly German programming and a channel with a focus on one of the regional languages – English, Spanish or Arabic.

In the future, DW will work with partner stations in Central and Southeast Europe to broadcast regional TV magazines and produce online services – each in the regional language. Starting July 1, 2011, the FM services for Bulgarian, Greek, Croatian, Macedonian and Romanian will be reduced and eventually discontinued.

The frequencies that were purchased or rented in Sofia, Bucharest, Pristina and Tirana will be returned, as well as the corresponding licences. The FM broadcasts for Albanian, Bosnian and Serbian will be reduced. In the future, these services will focus on selected partnerships with local FM stations. A service in Romani will be maintained for the time being. For Ukraine, DW is currently examining whether or not an agreement can be made with a partner to broadcast a reduced amount of FM radio programming that has been tailored to fit their needs. Radio programming for Hindi will be discontinued on July 1.

On November 1, 2011, DW will be discontinuing the shortwave broadcast for German, Russian, Farsi and Indonesian. For English, the shortwave broadcast will be limited to Africa. The broadcasting times for Chinese programming will be reduced from 120 minutes to 60 minutes. For these languages, DW will also be increasing the online and mobile services as well as video-on-demand and audio-on-demand. The portfolio will also include audio productions for rebroadcast by partners (when applicable).

Starting in November, DW will only be broadcasting radio programming via shortwave in the following languages: Amharic, Chinese, Dari, English and French for Africa, Hausa, Kiswahili, Pashtu, Portuguese for Africa and Urdu.

The shortwave programme currently broadcasts 260 hours daily with DW’s own or rented relay stations – with the new focus on Africa and regions in Asia that will be reduced to just 55 at the beginning of the winter season. Only the relay station in Kigali (Rwanda) will be needed for shortwave broadcasts in Africa. The stations in Trincomalee (Sri Lanka) und Sines (Portugal) can no longer be used to capacity. The financial operation is no longer possible and the relay stations will stop being used on November 1, 2011 and closed at the next possible point in time.

With the reduction of rental prices and the closing of the two relay stations, DW will be able to save resources that can be reinvested in the further development of its services.

Development of FM broadcasts with partners

DW will continue to expand its network of FM partners in Africa. The radio production for Hausa, Kiswahili, French and Portuguese for Africa will be optimized for FM broadcasts step by step. DW will also produce a regional radio magazine daily in English, to be rebroadcast by partners in Africa.

Audio content in Arabic will be created for the Middle East and North Africa and distributed online, via mobile or rebroadcast by partners. DW will focus on FM partnerships for Bengali, Urdu, Dari/Pashtu und Indonesian for South Asia, India, Pakistan and Afghanistan. A decision will be made about the future of these partnerships in accordance with the budget situation and following the evaluation results.

The German Bundestag approved DW’s strategic plan in April 2011 with an overwhelming majority. The core of the plan is the multimedia orientation of the broadcaster, the focus on major tasks and target regions with regards to the budgetary issues. The new strategic direction ensures that DW is prepared for the changing conditions of international media markets:

Services for certain languages and regions will be reinforced to secure DW’s competitive position in the future.

The focus for the coming years will be on Sub-Sahara Africa, the Middle East, Iran and North Africa, South Asia and Afghanistan, Russia and Latin America. Due to the limited budget, the development of services will only be possible when activities are reduced somewhere else. In the area of television, DW will work more closely together with the German public broadcasters ARD and ZDF and develop regionalized TV programming with selected partners.

For many areas around the world, it will be necessary to further develop online and mobile services in order to reach DW’s target audience better: Individuals who are interested in diverse perspectives and use a large amount and variety of media resources. That especially includes opinion leaders and future opinion leaders as well as people who lobby for democracy, freedom and progress in authoritarian countries and thereby strengthen the civil society.