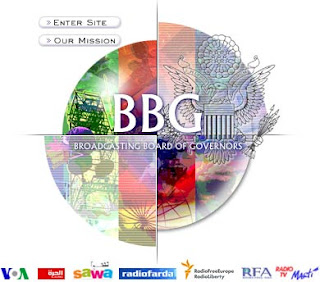 The Broadcasting Board of Governors (BBG) met on July 14 to further the ongoing, comprehensive strategic review of U.S. international broadcasting.

"The strategic review effort has been intensive and revealing," he said. "We have described for the Board a variety of ways in which the elements of US international broadcasting can be brought together to increase efficiency, sharpen our strategic impact, and make the BBG one of the largest and most important sources of news, information and audience engagement in the world."

The Board expressed its ongoing support and concern for Mikhal Karnievich, the RFE reporter fined earlier in the week for covering the Belarus Independence Day protests, and welcomed the release of Urunboy Usmonov, a reporter for the BBC World Service who was jailed in Tajikistan.

Lobo also briefed the governors on the agency’s plans to quickly put to use the $10 million it received to advance Internet freedom in countries such as China, Cuba and Iran.

The Board also received reports on a trip to Africa by Governors Michael Meehan, Dana Perino and Susan McCue to advance VOA broadcasting and distribution objectives in Ethiopia, Nigeria and South Sudan; a trip to Azerbaijan by Governor Victor Ashe; and meetings in London and Prague between Governor Dennis Mulhaupt and international broadcasting colleagues from Deutsche Welle and the BBC.

The Board’s Committees on Strategy and Budget, Communications and External Relations, and Governance all updated the Board on their activities. BBG broadcast network leaders highlighted unique news coverage, to include the July 11 visit of the Dalai Lama to Radio Free Asia and the Voice of America’s June 22 exclusive interview with President Barack Obama.

The meeting is available on demand on the BBG’s public website at www.bbg.gov .
(VOA/Letitia King)
at 5:34 AM