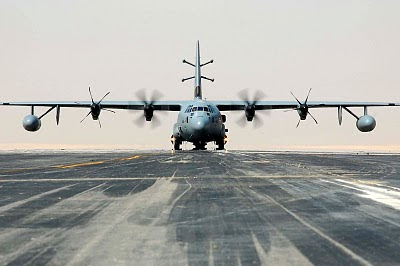 AM Broadcast DXers should look for EC-130 transmissions on 1030 kHz AM. See our related story on the Commando Solo aircraft at
http://mt-milcom.blogspot.com/2010/01/193rd-special-operations-wing-to.html

The radios will be distributed by JTF-Haiti and are expected to arrive later this week.

The small emergency radios are both solar-powered and hand-cranked and do not require batteries.

Radios are being distributed in order for affected citizens to receive news and important information concerning international relief efforts.

In close coordination with the government of Haiti, JTF-Haiti is currently broadcasting news, public health, safety and information regarding relief efforts via a military aircraft equipped with FM and AM broadcasting capability.

The role of U.S. military forces during this humanitarian assistance and disaster relief effort is to rapidly respond with critically needed supplies and medical services in those areas the Haitian government deems necessary.

U.S. Department of Defense forces are part of a larger, unified United States federal response to the Government of Haiti's request for humanitarian aid. U.S. Southern Command is working with the Department of State, USAID, the Office of U.S. Foreign Disaster Assistance and others to aggressively provide life-sustaining services to the people of Haiti.
at 10:10 AM