All India Radio ponders their future on shortwave 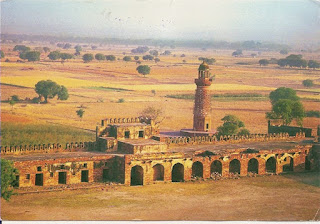 The Prasar Bharati Board is contemplating shutting down the short-wave service of the External Services Division (ESD) of All India Radio (AIR) even as a proposal to switch to an affordable internet-based radio service is still under consideration. A section of the board is keen on closing down the short wave service as an exorbitant amount is being spent to maintain the current infrastructure.
“The total budget allocated to ESD is Rs 100 crore annually. Out of this, approximately Rs 95 crore is spent on the maintenance of short wave transmitters, which includes the high cost of spare parts that are not easily available. The remaining Rs 5 crore is spent on the production of programmes in 27 languages, and to pay the salaries of the staff who are hired on a contract basis,” said a senior official in the ESD.
“One would expect to gain a large fan base after spending so much money, but this has not been the case with ESD. Since no survey has ever been done to determine the number of listeners, we cannot give an exact or even an approximate number of people who listen to AIR’s ESD channels across the world. But we know that we have a good following based on the feedback that we receive from people in countries where ESD is being listened to. Our listeners send us postcards or emails from Africa, New Zealand, Australia, Japan, etc. But the following is not in proportion to the money being spent on this service,” said the senior officer.
“The proposal suggests the shutting down of short wave and the service being made web-based. Since internet is far reaching, listening radio live on the web should not hurt our existing fan base. But of course there is the argument that short wave can reach even the remotest corners of the world, which is not the case with internet signals. The shutting down of short wave, without a doubt, will affect the propaganda value of India among its listeners abroad. This is why there are chances that the short wave service might continue in neighboring countries like China, Nepal, etc. Also, India’s edge in a continent like Africa will suffer a blow if the short-wave is to be shut down,” said sources in AIR.
To understand the importance of short wave radio services overseas one can take a look at the efforts that neighbouring China puts in for its own propaganda among audiences abroad. “The communication strategies of China are impressive. For example, they have respective radio documentaries about neighbouring countries that educate the listeners about China’s take on the issues in that particular country. Their transmitters are used to their full capacity which helps the listener get a perfect signal. In India, none of our transmitters are being used to their full capacity. So a listener would automatically prefer to listen to a frequency that is clear and easy to hold on to. They also invest a lot in the content of their programmes. There are Tamil radio programmes made by the Chinese who speak Tamil. We have a programme in Swahili, which is produced with the help of some African students who study in India. The reason why India has failed to match the strategic communication design implemented by our neighbour is that India is still a developing country. We have more important issues that need to be addressed immediately. The decision to save money and put it in improving our internet services and the quality of our programmes is not a bad idea either,” said a senior official in ESD.
The e-mail sent by this correspondent to Jawhar Sircar, CEO, Prasar Bharati, did not get any response until the time of going to press.
All India Radio had started external broadcasting shortly after the outbreak of the Second World War, with a service in Pushtu for listeners across the country’s then North West Frontier. The service was designated to counter radio propaganda from Germany, directed at Afghanistan, Iran and Arab countries. After the war ended, the equipment was presented to AIR, which took over active control and continued external broadcasting.
At present, ESD broadcasts 57 transmissions daily, with almost 72 hours covering over 108 countries in 27 languages, out of which 15 are foreign and 12 are Indian. The Indian languages are Bengali, Gujarati, Hindi, Kannada, Malayalam, Nepali, Punjabi, Saraiki, Sindhi, Tamil, Telugu and Urdu. The foreign languages are Arabic, Balochi, Burmese, Chinese, Dari, French, Indonesian, Persian, Pushtu, Russian, Sinhala, Swahili, Thai, Tibetan and English (General Overseas Service).