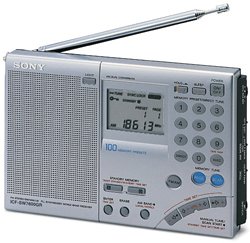 At 4:00 am Madagascar time on March 27, 2016, on an island off the south east coast of Africa, World Christian Broadcasting’s second station Madagascar World Voice began transmitting.  Ten years ago, construction of the station began and in spite of delays too numerous to mention, the sign on day finally took place.
When the switch was flipped on, a two way Skype transmission enabled friends of the ministry in Franklin TN at the World Christian Broadcasting programming center and at Anchor Point Alaska at KNLS, to see what was happening at the new station.  A standing room only crowd gathered in Franklin to be a part of this momentous event.

The ministry’s first station KNLS has been on the air since 1983.


Within just a few hours, the station began receiving emails from people all over the world who picked up the signal from Madagascar.  They heard from shortwave enthusiasts in Sri Lanka, India, Russia, Finland, England, Germany, the United Arab Emirates, Belgium, Italy, Colombia, Sweden, and points in the United States from Massachusetts to California.
One man wrote that his first QSL was from KNLS 30 years ago.  They sent him a mini red Bible that he still has to this day.  Another listener in Kursk Russia wrote: I am listening to your broadcast and it feels good in my soul.
The construction work at Madagascar World Voice was delayed numerous times over the past decade due mainly to a coup d’etat in Madagascar together with the resulting political chaos that went on for years.  However, finally a new government came into power on the island and they approved the final phases of the station’s construction.