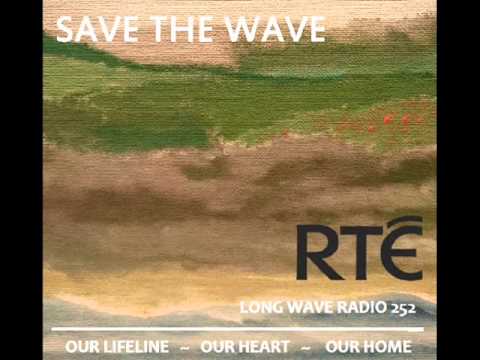 Listeners are campaigning to save a long wave radio station from closure, but the management are adamant it will close.RTE Radio 1 is the general information and entertainment service of the Irish Republic's public service broadcaster.

UK listeners can currently hear the station on internet, Freesat (satellite radio) and 252 kHz long wave. The main subject of our story - the long wave station at Clarkstown, Ireland - became the replacement for the much missed medium wave station at Athlone.

RTE hoped the long wave signal would better reach the Irish diaspora as far as London to help them keep in touch with home. A long wave service can cover distances of over 500 to 1,000 miles in daylight, and even further at night. Many European nations have citizens working and living
in other European countries, who want to stay in touch with home. There  signals warn them of storms coming.

These days satellite communications are widely used and the LW broadcasts are less important. The drawbacks of LW are that large antenna systems are needed, which take up a lot of space; high power is needed to produce a very strong ground wave for daytime reception; and only a limited number
of stations can be fitted into the band, so they must all share frequencies and take steps to avoid interfering with each other.

Over the years radios coming onto the market in Europe frequently do not include the long wave band. The LW station in Ireland was set up in 1989 as a commercial radio station called Atlantic 252, broadcasting rock music to the UK. It established a loyal audience, but could not compete with the
UK's established network of commercial local radio stations, and made a loss. It closed in 2002.

RTE saw the chance to acquire a long wave station - a long held ambition - and snapped it up. A period of re-engineering followed to improve the facility. The service quickly built up an audience in the UK, appealing to English as well as the diaspora. There were still reception issues. The distance between Dublin and London is around 300 miles. In London, RTE began to suffer co-channel interference from the other user of 252 kHz: Tipaza, Algeria, some 1,000 miles from London. Tipaza beams Chaine 1 to the Algerian diaspora in France. The transmitter was quite ancient and began to drift from the nominal frequency. The staff at Tipaza did their best to keep their station operating and on frequency. Listeners in London and eastern England began to hear the morning call to prayer and other items from Chaine 1 clearly under RTE.

Then Tipaza failed completely and went off the air for months. A German transmitter company was awarded the contract to replace Algeria's entire public broadcasting system. When Tipaza returned to the air, the signal was stronger and the co-channel interference moved closer to Dublin. The
usual methods of reducing co-channel interference were perfected by the FCC for the US' AM band.

They include using directional aerials, and cutting the power at night. Unfortunately those methods are not as effective on LW as they are on MW. Ireland's economy deteriorated and RTE's finances were affected. In 2014 RTE announced they would close the LW station in a few weeks, saying it
was obsolete and closure would save 250,000 euros (around US $280,000).

The listeners were having none of it. A huge outcry ensued which won them a stay of execution while other methods of reaching the diaspora were investigated. Somewhat miffed at having their plans thwarted, RTE reduced the power, badly affecting reception. Then RTE joined a consortium to bid
for the second UK national DAB digital radio multiplex. That would have given RTE national coverage in the UK. Alas, the other bidders won and RTE is not included on the implemented multiplex. There is a saying that the opera is not over until the lady sings.