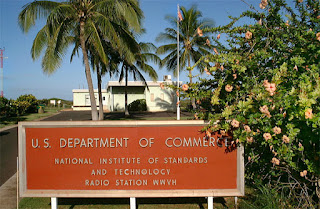 Now that the bill has been signed on February 15, 2019 by President Trump, WWV is fully funded.

It’s a celebratory year for the WWV stations. The fiscal year (FY) 2019 budget — once signed — will include full funding for the stations, which also mark their 100th year this fall. The WWV Centennial Committee has a tentative agreement with the National Institute of Standards and Technology (NIST) to mount a special event station this fall adjacent to the WWV site in Colorado to mark the 100th anniversary of the time and frequency standard station, the world’s oldest continuously operating radio station. A memorandum of understanding is in the works.

Dave Swartz, W0DAS, of the Northern Colorado Amateur Radio Club (NCARC) heads the committee, which is developing plans for an NCARC special event from September 28 through October 2, with a NIST centennial observance tentatively set for October 1.

The NIST budget for WWV, WWVH, and WWVB will remain level for FY 2019. With the funding suspense over, Swartz told ARRL, “our committee is moving forward.”

“This was the first meeting for the committee and the first to include NIST upper management,” said Swartz, who called the meeting “very productive.” Swartz said NIST management is “on board” with the celebration, and Deutch plans to attend Hamvention May 17 – 19 to promote the centennial event.

Although the US government cannot fund any Amateur Radio special event expenses, the club members will be allowed to use a 15-acre parcel on WWV property, Swartz explained on the WWV Centennial website. “The operating site lies outside the security fence and simplifies logistics,” he said.