What Else Do We Know About Radio Nepal? 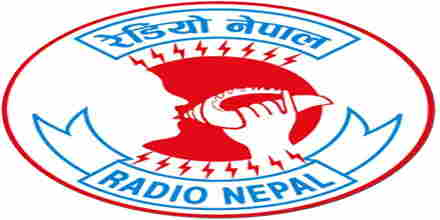 Their Venture into the Guinness Book of World Records.
Before we begin this another story about Radio Nepal in our program today, we present an item of international interest regarding Mt. Everest.  During the month of December (2020), Nepal and China issued a joint news release indicating that Mt Everest is now 13 feet taller than it was before.
As a result of discussions between the governments of China and Nepal, both countries have agreed that the official height of Mt. Everest is now 29,031 ft 8½ inches.  The reason, they state, why Mt. Everest is now taller than it was before, is because the rocks, snow and ice on the top of the mountain are now included in the total figure.
The opening music in our program today was recorded in one day in a Kathmandu studio of Radio Nepal on Thursday, May 19, 2016.  A total of 365 singers were organized into 26 groups representing all areas of the Natural Environment, and they sang the song Melancholy in the Nepali language.  The 365 singers represented one per day for a whole year, and the 26 categories in the Natural Environment represented one for each letter in the English alphabet.
The words and music for the song Melancholy were composed by Nipesh Dhaka and the day's events were inaugurated by Prime Minister Khadga Prasad Oli.  This musical event, which was specifically planned as a world-first for Guinness World Records, began at 8:00 am and concluded at 6:00 pm.
The total duration of the assembled recording lasts for 33 minutes and 49 seconds.  The version we presented at the opening of this edition of Wavescan was specially shortened for use as an introduction.  Two years after the recording was made (2018), Guinness World Records officially accepted Melancholy from Radio Nepal as the most soloists in a single song recorded in the one day.
The original studio building (1951) for Radio Nepal was a two-storey building in the Royal Campus at Singha Durbar that was earlier used as a school for the children of government officials.  Thirty two years later (1983) a new studio building was constructed, adjacent to the original building, and the older building was simply abandoned.
However as time went by, the older building was renovated and new electronic equipment was installed, so that a total of 15 studios in the two buildings became available for Radio Nepal, including one with a 24 track console for the recording of music.  Up until the recent Virus time, Radio Nepal employed 600 personnel throughout Nepal for all of its events and activities.
In addition to the capital city studios, additional production and on air studios have been installed in the radio stations at three country locations; Pokhara, Surkhet and Dipayal.  Radio Nepal broadcasts daily news bulletins in a total of 19 different languages, including 16 local languages, and also English, Hindi, and Urdu.
The first FM station in Nepal was installed in Kathmandu itself in 1995, and these days 17 FM relay stations are on the air.  In total, including all of the independent FM stations throughout the entire nation, around 450 FM stations were on the air until very recently.  Originally the program feed to the   country relay stations of Radio Nepal was via shortwave, though these days a six channel program feed is provided via satellite.
Back nearly 40 years ago (1983), Miss Mohini Shepherd acted as an offsite Honorary QSL Secretary for Radio Nepal.  Miss Mohini would prepare the QSL cards which were then delivered to Radio Nepal where they were signed, stamped, and posted.
Back at that stage, Mohini was also preparing a regular monthly Nepal DX Report for broadcast in the old AWR DX program, Radio Monitors International.   Unfortunately, we have since lost contact with Mohini.  Does anyone out there know what happened to Mohini Shepherd as the years went by?  Did she and her family migrate to England?  We would really like to know.
Over the years, there have been many occasions when programming from the BBC in London in Nepali and English has been heard on the radio in Nepal.  For example, at the turn of the century, BBC programming in Hindi, Urdu and English was on relay from all radio stations in the network of Radio Nepal.  In addition, Radio Sagarmatha FM also carried BBC programming for many years around the same era.
Then subsequent to those relay broadcasts from the BBC, there was a daily BBC relay in Hindi and English via the regional mediumwave station of Radio Nepal at Surkhet on 576 kHz.  Then in more recent time, the BBC installed their own FM relay station at suburban Khumaltar around 2005 which is still on the air, on 103.0 MHz.
Back around 30 years ago, Radio Nepal announced that a shortwave transmitter would be installed with the new mediumwave station at Surkhet in the far west of Nepal.  The mediumwave transmitter at  Karnali Raj Marg, Birendranagar operated with 100 kW (10 kW standby) on 576 kHz and the planned shortwave unit would also operate with 100 kW.  However, this planned shortwave transmitter was never installed.
(AWR Wavescan)
Radio Nepal Hindi Morning Signature Tune
https://www.youtube.com/watch?v=NtuawTRYVhk&list=RDNtuawTRYVhk&start_radio=1&t=11
Radio Nepal 1950
https://www.youtube.com/watch?v=87fcv0yi-V4
Radio Nepal Morning Shankka Dhun
https://www.youtube.com/watch?v=JQ0umWIm8lA
at 8:00 AM