Bangladesh
4750, 1157-1206, Bangladesh Betar Shavar. English service with Hindi ballad at tune-in, lady announcer at 1159 followed by 4+1 pips and male announcer with news, talk and musical bits at 1206. Signal poor in ECCS-USB, only able to make out the occasional word or two. (Scott Barbour-NH)

6165, 2150-2215, Radiodiffusion Nationale Tchadienne, N'djamena. Good signal for pleasant African rhythms to 2200 news and commentary show in French, with remote feeds by lady and others. Gone at 2245 recheck. Slated to s/off daily 2230* except weekends when it runs to 2300*. (Ralph Perry, Illinois/playdx)

6035, 1400, PBS Yunnan/Voice of Shangri-La. Conditions poorer today, but still able to make out “this is the Voice of Shangri-La” and tentatively followed by the usual “brought to you by Yunnan Radio." (Ron Howard, CA/Cumbre DX)

4920.031, 1140-1200, People's Broadcasting Station, Xizang. Noted ordinary Chinese music at tune in. The music is continuous during the period as the signal stays at a poor level. (Chuck Bolland, FL)

Clandestine
17725, 1700-1715.* Radio Y’ Abaganda. Station sign on with local choral music. Talk at 1704 in local language with mentions of Baganda and Uganda. Abrupt sign off. Sat only. Good signal but began mixing with an unidentified station at 1714 at equal level with lite instrumental music and Afro-pop music past 1730.(Brian Alexander, PA) 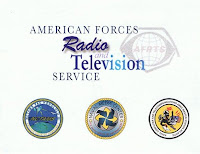 6155, Bangalore. Noting this 2/10 and 2/11 with good signal and in the clear, early local evenings. A bit unusual to hear the subcontinent in Illinois at this time, although a darkness short path exists. On 2/11, frequency clear when carrier switched on 0012 and 0015 female abruptly speaking. Believe this is the Urdu domestic service, 0015.30, chanting by male, sound like Islamic call to prayer (interesting to hear this on an India transmitter, but a reminder that about 15% of Bangalore population is indeed Muslim). Male announcer at 0021 in Urdu and then into subcontinental music. Female singer with subcontinental combo featuring sitar, tabla, etc. Segued to 0029 time-out. Same pattern programming heard prior day, when noting call to prayer already in progress at 0018, the 0021 announcement and then into Hindi music. Nice signal and just a lot of fun to hear this. Armchair level signal at the top of fade-ins. (Ralph Perry, Illinois/playdx).

Madagascar
5010.3, Radio Madagasikara/ Radio Nationale Malgache, Antananarivo coming thru nicely. Already in progress at tune-in 0300 with fair-good power, lite fades and moderate static, 100 kWs listed and sounded like it! Pleasant, melodic African choral chanting/pop accompanied by local ensemble, heavy on rhythm and bass. Segued similar songs thru to 0330, when signal severely faded. Seemed newscast by male caught in fragments at bottom of the hour. Unable to raise a streaming broadcast to get a parallel, but did find their website: http://takelaka.dts.mg/radmad/. At same time, a decent signal on 4976 which I believe was Kampala also coming thru. (Ralph Perry, Illinois/playdx)

5985.0, * 1451, Myanma Radio via Naypyidaw. Much better reception than via Yangon. Indigenous music and singing. Wonder why they need to switch sites like this? (ron Howard, CA/Cumbre DX)

Nigeria
9690, 0903-0930, Voice of Nigeria. Tune-in to English news. ID. Program about the history of the Nigerian slave market. Fair to good strenght but audio a little muffled. (Brian Alexander-PA)

Vanuatu
3945, 0933-0950. Presumed Radio Vanuatu Port Vila, 0933-0950. Vernacular. Male/female announcers and occasional vocal music. Definitley AM mode and not usual amateur radio splatter via the perpetual ham net on 3947L which has been on every day I've checked since late 2009, too good to last as ham's started warming up the txmitters at 0948. Signal very poor/weak. (Scott Barbour-NH)

Zimbabwe
4828, 0406-0430, ZBC (Gweru). News in English by a man with an African accent. A few seconds of local pop music at 0408, then an interview with a second man. Flat audio made the subject difficult to understand. Moderate signal strength at tune-in, declining over time, with CODAR interference. Fading down into the noise much of the time by 0430. (Jim Evans, TN)
at 12:08 PM