A sampling from recent shortwave monitoring. 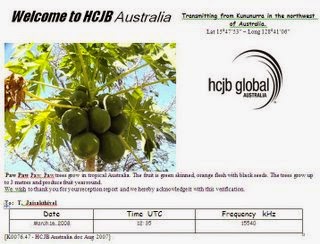 Australia
15450-Reach Beyond (former HCJB Global), 1501-1530. Religious programming at tune-in, covering building your spiritual grace and Bible scriptures quoted. Program ID at 1510 as Hope for the Heart with Jane Hunt. CD and book offers with addresses, email and phone numbers. Additional programming segments to Christian praise music at 1526. "Reach Beyond" identification at 1529, with station information and frequency. Sign-off at 1530. (Gayle Van Horn W4GVH/NC)

Brazil
4845.004, Radio Cultura Onda Tropicais (presumed). Upon reviewing the 60 meter band recordings, found two stations on 4845. This had what sounded like a canned discussion between male/female Portuguese from 2357-2359, then canned announcement until WWCR came on. (Valko)

4864.8v, Radio Alvorada. Nice time check and station ID by live studio announcer. Brazilian pop songs at 0850:50. Announcer at  0856 but all I could copy was a time check and "bom dia."  Another mention of Alvorada at 0859:55. Strength wasn't too bad but the modulation was low.  The signal varies quite a bit and there wasn't any exact pinpoint carrier.  Also a buzzing was present, the same as whats on Radio Vision and on 4825.  http://youtu.be/noDOrUVwG-Q  (Valko) 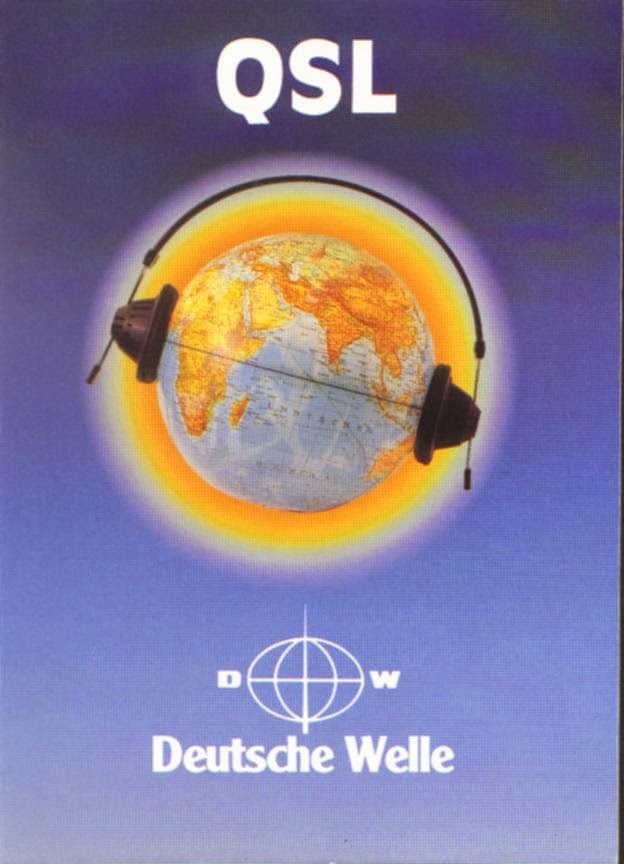 Ecuador
6050, HCJB at 1042 in Spanish with Andean music, many time checks and man speaking. Good signal. (Harold Sellers, BC Canada)

Guam
15435.013. AWR Guam transmissions heard at this time slot in 19 meter band. This KSDA AWR channel suffered audio-wise by annoying metallic scratching/whistle audio, a serious transmitter fault here with a loud high-pitched squealing tone accompanying the audio. Pity, as it was a lovely fair signal but listening was difficult through this noise. English sermon by Indian subcontinent accented prayer, sermon at 2222 UT on Sept 28 (Bueschel).

India
11740, All India Radio-Panaji. Close of great sitar music, then lady in Hindi with station ID at 2305:50 and talk with mentions of Pakistan. Good signal but interference from weaker signal (China's CNR2) (Valko)  AIR-Panaji also on 9705 at 2300 in English with station ID and newscsript. Not as good as it was the last time I was DXing at the SGLs. (Valko) 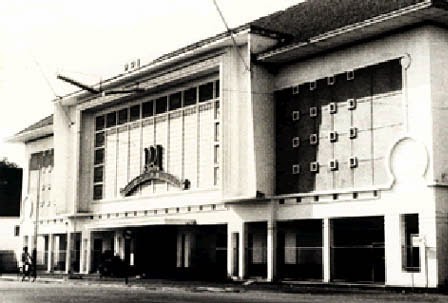 Indonesia
4869.92, RRI Wamena. Some sort of live program in a vernacular language at 1033. Audience was audible. At 1038 male host mentioned "ok".  End of program with mention of "RRI" and nice site ID at 1040:25. Very brief canned announcement, then into lively island music. Brief deadair at 1045 then announcement by announcer with what sounded like a mention of "once again". Canned promo/ID with "RRI Wamena" ID over pop music at 1046:05. Another canned spot by announcer over march music, and back to pop music tune. At 1053 into Islam program promo, ID, and more music. Left the frequency at 1056 and found deadair at 1059 to at least 1104, then announcer's news at 1108 recheck ending with "Radio Republik Indonesia" ID at 1111. Peppy "Garuda Pancasila" patriotic song (tnx Ron Howard). At 1124 what sounded like the same lady announcer returned after two pop ballads with rapid talk including ID. Came back at 1133 and found "(Everything I Do) I Do it for You" by Bryan Adams. Signal fading, seemed to peak around 1108.  http://youtu.be/2ZMLyHyOGgA  (Valko)

Papua New Guinea
3385, NBC East New Britain at 1203 beginning news in what sounded like English, but then dead air for several minutes. Checked again at 1211 they were back with what sounded like news in Tok Pisin for poor signal (Sellers). 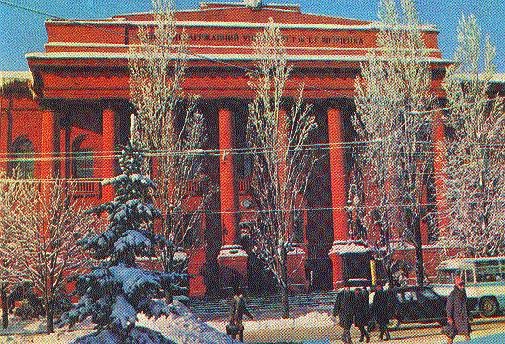 11580, Radio Ukraine International relay via WRMI, 2330-2359. Piano interval signal to "this is Ukranian Radio" ID. Program previews to newcast topics covering-continued shelling in northern part of Kiev, Euro Union Views on free trade, Sec. General's report, trilateral talks in Berlin and summit planned on international investing. "That's allof the news," followed by Ukranian Perspectives program of news reports and commentaries. "Radio Ukraine International" at 2337 break during programming. Golden Lion festival discussed, followed by feature on anniversary of the tragedy of Babi Yar. This was a ravine in Kiev, and site of a series of massacres carried out by German forces and local collaborators during their campaign against the Soviet Union. Closing ID at 2359 with address and email address for reception reports to info@wrmi.net. Programming shifted Bro. Stair at 0000. (Van Horn)