Historic medium wave station set to return to the air 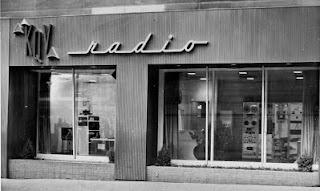 KQV schedule to return to the air...


As was reported widely six weeks back, the historic medium wave station in Pittsburgh,
Pennsylvania, KQV with 5 kW on 1410 kHz, ended its illustrious 97 years of radio broadcasting service, abruptly and without fanfare, during the last few hours of the year 2017.  At the time, the then owners stated that the station would remain silent forever unless a buyer came forth, and they cited rising financial costs as the reason for the closure of their significant and interesting slice of radio history, news station KQV Pittsburgh Pennsylvania.


However, in an interesting turn of events, the 97 year old KQV is to be reborn.  The station was bought recently, and it is to be reopened later this year with a news format, rather similar to what was on the air under its previous ownership.


Let’s go back to the beginning with this summary of the long and interesting story behind radio station KQV.


During the month of October 1919,  Francis Potts and Richard Johnstone in Pittsburgh
assembled a spark transmitter with the use of a Model T Ford ignition coil.  Their 20 watt transmitter, under the officially allocated land station callsign 8ZAE, was assembled on the ninth floor of the
Doubleday-Hill Electric Building at 719-721 Liberty Avenue, at the intersection with Wood Street in Pittsburgh.  The single wire aerial was strung to another building across the street.


During the following month in November 1919, this new Pittsburgh radio broadcasting station, now with an improved Lee de Forest transmitter, was taken into occasional operation for casual broadcasting as a demonstration radio station for the sale of radio receivers.  Two months later on January 27 (1920), an evening music concert was broadcast with the use of 15 phonograph records, and thus began a somewhat regular schedule with recorded concerts for three hours on Tuesday and Thursday evenings.


By the time of the famous inaugural transmission from 8ZZ-KDKA on November 2 (1920), the fledgling 8ZAE-KQV in this same Pittsburgh city had already been on the air with (sometimes
spasmodic) music broadcasts for only a few days less than a whole year.


The official license for 8ZAE as a program broadcasting station was granted by FRC the
Federal Radio Commission in October of the following year 1921, and the station was granted a
consecutively issued callsign which happened to be KQV.  On January 9, 1922, an amended license (No 452) was issued for KQV as a commercial broadcasting station with approval to broadcast on 360 m (833 kHz).  They began to sell advertising over their station three years later in 1925.


After several changes of ownership and several changes in location over the years, together with changes in equipment and operating frequencies, the former KQV was thus on the air with 5 kW on 1410 kHz, from studios in the Center City Tower at 650 Smithfield Street.  Their transmitters together with five towers were astraddle a hill in Ross township, some 8 miles to the north north west of


Pittsburgh.  Ownership came into the hands of the Dickey family with Calvary Broadcasting in 1982.
At the time of the closure of KQV on the last day of last year 2017, it seemed evident that the station was doomed, gone for ever.  However, in a subsequent turn of events; no, KQV is not gone
forever, but instead it will be reborn at a new location in the coming months of this year 2018.


News reports out of Pittsburgh tell us that a husband and wife team, Robert and Ashley Stevens  of Broadcast Communications, have procured the station and they will incorporate it into their current network of a dozen AM and FM stations in the tristate area; Pennsylvania, West Virginia and Maryland.  The sale price for the former KQV with all of its assets was reported as $55,000.


The target date for the reopening of the new KQV is set for September or October later this year.  It is planned that a new suite of studios for the new KQV will be installed in an already existing building at their local headquarters in North Versailles and they will utilize a tower that is also currently in use at the same location.  Broadcast Communications is awaiting FCC approval for all of these amendments and modifications, including the planned move to North Versailles which is located a dozen miles South East of Pittsburgh itself.


We welcome the modern rebirth of one of the world’s most historic medium wave stations, and we see in this venture another illustration of the fact that medium wave (as well as shortwave) still possess a real value in the international radio world.
9AWR Wavescan/NWS 469)