Follow live the second day of the popular uprising in Cuba and its international repercussions at: https://www.radiotelevisionmarti.com/
Protests take place across Cuba as the country faces shortages of COVID-19 vaccines and basic necessities
Thousands of Cubans took to the streets in Havana and in other cities to demand vaccines and food on Sunday as the country faces a period of an economic crisis brought on by the global COVID-19 pandemic. People criticized President Miguel Díaz-Canel, saying "down with the dictatorship," according to the Miami Herald. In a speech addressing the country, Díaz-Canel blamed the United States for the unrest, according to Reuters.
Radio Marti with additional news, videos, photo gallery, and more at: https://www.radiotelevisionmarti.com/
Radio Marti 24-hour schedule listings on mediumwave and shortwave in Spanish, included in the current edition of Global Radio Guide, available at: https://www.amazon.com/dp/B0938DDK5L
Current broadcast schedules for BBC World Service and Voice of America, may also be found in this edition.
Clandestine station, Radio Republica, programming targeted to Cuba
Spanish
0200-0300 Tues, Wed, Thurs via Issoudun, France transmitter on 9490 kHz
0200-0400  Mon, Fri, Sat, Sun via Issoudun, France transmitter on 9490 kHz 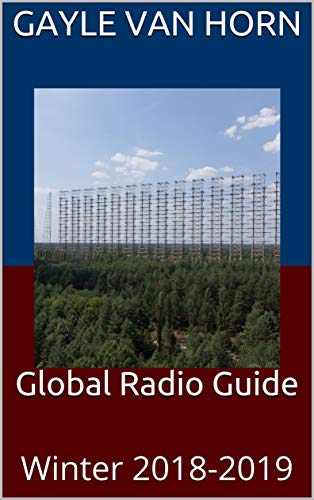 The Battle of the Airwaves in Cuba
by Gayle Van Horn
Global Radio Guide 2018-2019
https://www.amazon.com/Global-Radio-Guide-Winter-2018-2019-ebook/dp/B07L3RYTPG
Cuba sees biggest protests for decades as pandemic adds to woes
Marc Frank, Sarah Marsh
HAVANA, July 11 (Reuters) - Chanting "freedom" and calling for President Miguel Diaz-Canel to step down, thousands of Cubans joined street protests from Havana to Santiago on Sunday in the biggest anti-government demonstrations on the Communist-run island in decades.
The protests erupted amid Cuba's worst economic crisis since the fall of the Soviet Union, its old ally, and a record surge in coronavirus infections, with people voicing anger over shortages of basic goods, curbs on civil liberties, and the authorities' handling of the pandemic.
Thousands took to the streets in various parts of Havana including the historic centre, their shouts of “Diaz-Canel step down” drowning out groups of government supporters waving the Cuban flag and chanting "Fidel."
Additional story at: https://www.reuters.com/world/americas/street-protests-break-out-cuba-2021-07-11/
at 9:51 AM