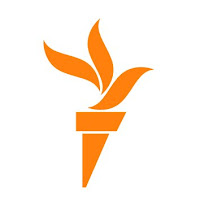 Text of report by privately-owned Kyrgyz AKIpress news agency website
Bishkek, 2 December: The Kyrgyz National Television and Radio Broadcasting corporation [NTRC; main state-owned television and radio broadcaster] has stopped allocating radio waves to Radio Azattyk [Radio Liberty Kyrgyz Service] and Azattyk television programmes have ceased to exist on the channel [of the national television].
The state television and radio broadcaster stopped allocating the waves to the radio immediately after local elections [in October 2008].
Earlier, the NTRC director-general, Melis Eshimkanov, said that the denial of rebroadcasting was connected with non-performance of contractual financial commitments by Azattyk. On its part, the radio said at that time that it had paid off the debt to the NTRC in full.
Radio Azattyk programmes are currently being rebroadcast to Bishkek and [northern] Chuy Region by Radio Almaz and to [southern] Batken [Region] by Radio Salam [privately owned radio broadcasters]. Local radio stations in Karakol [town in northern Issyk-Kul Region] are deciding the question of rebroadcasting Radio Azattyk [to the region]. In the meantime, [southern] Osh and Dzhalal-Abad regions have no opportunities to rebroadcast Radio Azattyk programmes at the moment.
Radio Azattyk has refrained from making any comments on this to the AKIpress news agency.
Top officials of the international network of Radio Liberty/Radio Free Europe from Prague are expected to arrive this week to settle this issue.
(Source: AKIpress news agency website, Bishkek, in Russian 1156 gmt 2 Dec 08 via BBC Monitoring/R Netherlands Media Network Weblog)
at 6:48 PM