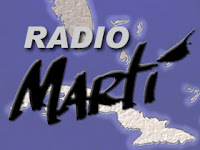 Radio and TV Martí launched this week a newly redesigned version of its Spanish language website, www.martinoticias.com, giving users a full spectrum of media offerings including live streaming radio and television programming. The site features more Web stories, including audio and video, allowing up to nine stories to be viewed and giving users a better idea of the full scope of the news from Cuba, Latin America and the rest of the world. The site incorporates RSS feeds, and in the near future, will provide visitors the ability to subscribe to receive e-mails of news stories in their areas of interest.
“For anyone who wants to know what’s going in Cuba today, this is the place to come,” said Pedro Roig, director of the Office of Cuba Broadcasting, which oversees Radio and TV Martí. “We want to enhance our Internet and digital media capacity and make it a priority. Our goal is to reach as many as possible, which is very difficult in Cuba.”
Other features of the site include a 24-hour news ticker, offering the latest headlines, as well as special feature news stories. According to Roig, Radio and TV Martí hope to further augment its Internet presence, possibly with a presence on social media sites YouTube and Facebook.
(Source: Broadcasting Board of Governors/R Netherlands Media Network Weblog)
at 5:12 AM