A sampling from recent shortwave monitoring. Thank you to those that contributed their logging's and to the radio newsletters and email groups who graciously permit Shortwave Central to share what their members are monitoring. Your contributions and comments are always welcomed. Tell our readers what your hearing in the world of shortwave by sending your logs to:  w4gvh @ frontier com

Logs edited for clarity as needed

Australia
4835, NT VL8A Alice Springs. Signal showing up at 2010. Announcer briefly at 2018 at recheck. Sounded like English at 2022. Lady announcer at 2024, followed by promos as usual at just before 2030, then unmistakable ABC news fanfare, and news script. If not for the CODAR, it would have been much much easier. (Dave Valko, PA/Cumbre DX) Website: www.abc.net.au/radio/

Bolivia
5952.43, Radio Pio Doce. Morning music at 1013 from DJ host with mentions of Potosi. Remote reporter's soundbites. Ad break at 1015 beginning with quick station ID. Phone ringing and whistle SFX during ads. Mentions of Potosi. Back to news at 1019 and almost immediately into sound bits. Best heard in quite a while. Fairly good signal at start but fading by 1020. Interference noted from China's CRI on 5995  (Valko)

Brazil
4965, Radio Alvorada. Just missed getting an ID recorded at 0903 tune-in. A lot of talk (Portuguese) by male DJ with an occasional song. Rooster crowing SFX. Many "Bom Dias." Long ad/promo block at 0929-0935 with full ID and frequencies from male announcer at 0934:50 at the end. Rooster SFX again with studio DJ, then into a song. Not bad, and modulation seemed a little higher today. Website: www.radioalvorada.am.br/  Two additional Brazilian's - 5939.76 Voz Missionaria with nice brief station ID at 2349:20. Very disturbed conditions making it weaker than usual and sounding watery and choppy. Radio Verdes Florestas on 4865.015 in Portuguese with soft vocal music tune at 1035 tune-in. Full station ID at 1036 with frequencies from announcer over music, then into what sounded like a morning religious program. Just good enough to copy (Valko) 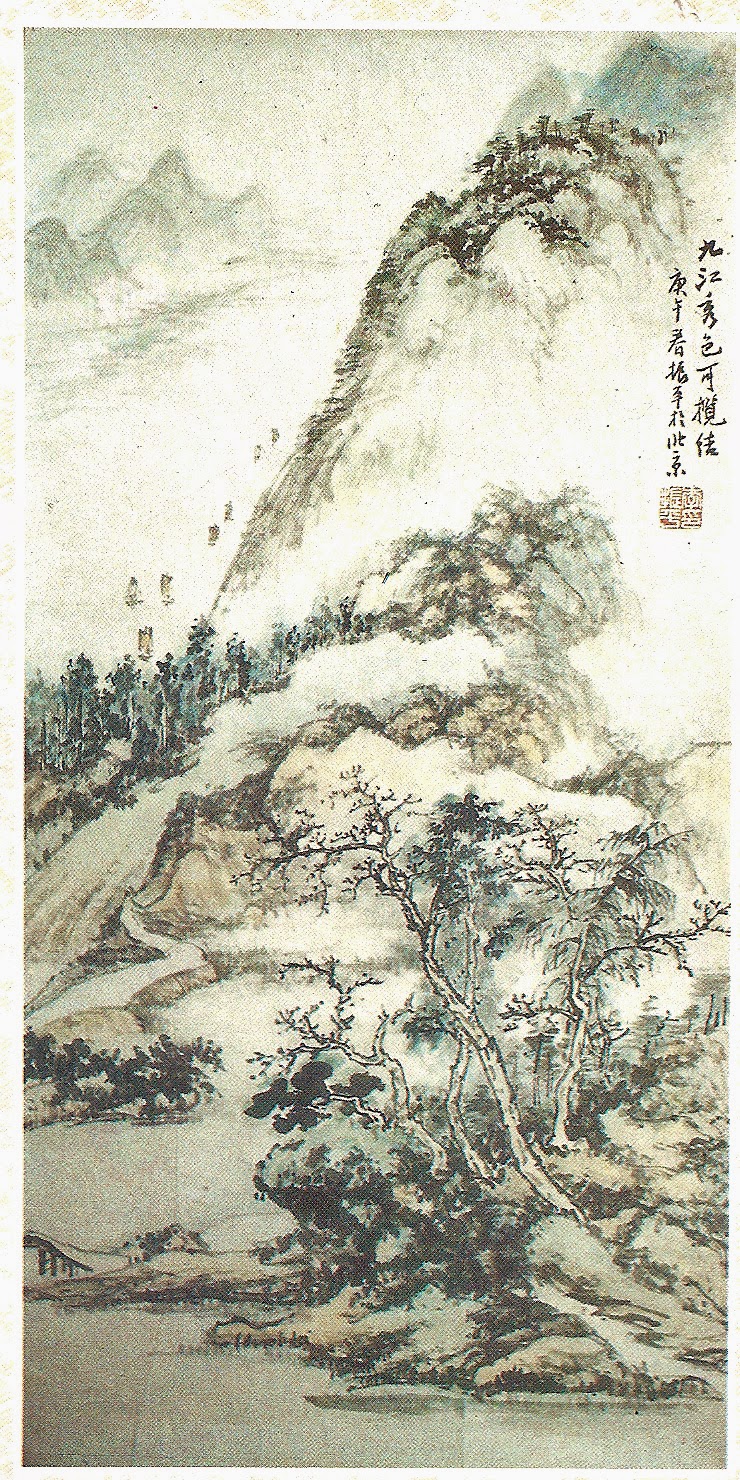 China
9520 Nei Menggu PBS, Hohhot. Have been trying for this one for several mornings, and after hearing Myanmar, checked this frequency..and whoa..a really nice signal coming in with long talks and language lesson of some sort, with musical breaks. Despite the very strong presence of China's CRI on 9525, best in LSB with 2.4 filter helped to bring a nice recording. I checked their parallel but a unstable signal and could not confirm if in parallel. Again nice s2-s4 and faded out by 1551. Very unusual propagation conditions to say the least. (Edward Kusalik, Alberta, Canada) Website: www.nmrb.cn

Clandestine
15557, Voice of Tibet (via Tajikistan) Sign-on at 1230 with usual routine after 15548 finished. Frequency 15548 was interfered by China's  CNR1 jammer on 15550. This frequency had a little interference from 15555 VOA until the signal went off shortly after 15557 started, then it was clear and very nice. One of the strongest if not the strongest I've ever heard V.O. Tibet. http://youtu.be/37_JTUDyPR8 (Valko) Website: www.vot.org/

17605, Radio Inyabutatu via Issoudun, France relay. Vernaculars broadcast to West Africa 1628-1759.* Program of commentaries and interviews with guest speakers, closing announcements and closing trumpet ballad with singers to sign-off. Very nice signal at s7 to s9. Some utility interference on lower side of 17605, best in USB Mode. (Kusalik)

Egypt
15800, Radio Cairo to Africa. Arabic service muddled audio with presumed news from tune-in at 1445. Arabic vocal music - abruptly off at 1454. Did not sign-on at 1500 in Arabic as scheduled. No sign of Persian service on 15790. Presumed Uzbek service with Qu'ran  on 13770 to the Middle East at 1505 check. Announcer's text from 1507, followed by Arabic instrumental music. Additional talk and text SIO 323 (Gayle Van Horn W4GVH/NC)

France
15275 Deutsche Welle relay via Issoudun. French service to West Africa. Monitored *1700-1732. Sign-on in mid-programming with information and website, followed with newscast, with focus on African News (Nigeria, Mali, Central Africa Republic and Rwanda) Commentary on WTO and
security issues in Nigeria, noted to tune out with a really good signal at this time period.  (Kusalik) Website: www.dw.de

India
9870, All India Radio/Vivdh Bharati. Lady announcer's Hindi programming presentation from 1530 tune-in. Announcements to Indian vocals on sitar and tambla.  Male joined program at 1552 (SIO 434) Tentative logging of AIR/Thiruvananthapuram, 1608-1615 on 5010 from NLD SDR.  Languages listed as Bengali/English/Hindi and Indian vernaculars. Announcer's conversations in presumed Hindi (SIO 222). Far too weak even for an SDR. Presumed AIR/National Channel on 9425, 1515-1530. AIR's External Service in English 1900 on 13695 (to Africa) with sign-on ID and national and Asian nations newscast to segment on past disasters in India. Information on national conference. Indigenous Indian vocals. Parallels 9445 or 17670 not heard. Brother Stair dominates 11580 (Van Horn) Website: http://allindiaradio.gov.in/

4880, AIR Lucknow. Carrier with tone from at least 1208-1213, then AIR internval signal to 1215 when lady came on with apparent opening announcement. Nice to hear Indians on 60 meters again. 5040, AIR Jeypore Quite audible at 1213 with subcontient music and announcer's item. One of many Indians heard this morning (Valko)

Iran
6135, V.O.I.R.I. Announcer's talk at 1843 tune-in with fanfare and a few musical bridges mixed with announcer's items and talk. Long remote report soundbite by male in French. Then realized this was Iran, not Yemen. As long as Iran is here at this time, Yemen will be impossible. Too much pulsing utility interference from just below signal (Valko)  Website: www.irib.ir  Arabic service heard on 13570 to Asia // 9870 (SIO 232) at 1535. Lady announcer's script segment.  Albanian service 1820-1900 on two frequencies targeted to Europe - 5925 and 9420. The later heard at 1945 with heavy interference. French service heard on 9850 at 1845 (Van Horn).

Myanmar
5985.30, Myanmar Radio 1500-1533. One of the best mornings (29 Nov) to actual hear this station. Noted Burmese newscast at 1500, followed with program of indigenous Burmese music, interspersed by announcements from lady announcer. Noted to 1530 with clear ID in english as  "this is Myanmar radio..now the news".... and by 1533 the station faded out. Heard best on my Inverted V cut for 31/19 meter band (3/4 wavelength) but strong signal with local power line noise on the 40-meter long wire. (Kusalik)

Romania
7340 Radio Romania International, Bucuresti, 0406-0455. English program that included The History Show with anecdotal world and Romanian history and “Sports Roundup” with sports scores, including women’s handball. Station's contact info via www.RRI.ro, RRI Facebook and the RRI P.O. Box address in Bucuresti. Listener's letters from the RRI Letterbox program, including one from a listener in England who had listened to and thoroughly enjoyed the RRI English Service for several decades, followed by an instrumental and vocal music program (Root, MI/MARE)

Tanzania/Zanzibar
11735, ZBC Radio. Dead air at 1822, 1841 and 1858 rechecks. So they must have been having problems. Finally found with Arabic pop music at 1950. Very good signal. (Valko) Audible from 1745 on 11735. Announcer's Swahili text to 1800. Lady's reference to station and clear identification, followed by her reading a brief news script to 1806. Have previously heard a male host read English news at this time (1800-1808). Afro pop vocals program. African hilife music interspersed between local news items and recorded sound bites, speeches and interviews. SIO 434 with no fading Scheduled to be on to 2100 (Van Horn).

Uganda
4975.96, UBC Radio. Station ID 2020:05 "UBC Radio" over music. "I Will Always Love You" by Dolly Parton, into another pop song Additional C&W tune. Nice signal with very quiet conditions. Male DJ at 2041 between songs with time check, ID, mentions of upcoming news. Newscast, then back to C&W music at 2046. ID as - "this is UBC Radio" canned ID by announcer between songs at 2050:45. Live studio announcer at 2054:30 with ID, gave his name, program name, ect into "UBC News Hour" at 2100. Off at 2104. Modulation rather low. Incredible S9+10 by 2050, the strongest signal on the band. Despite the C&W music, it was very enjoyable listening. http://youtu.be/yyI79Syh-0w Monitored 4976 Uganda, UBC Radio, 1732. Strong carrier compromised by whispery audio with occasional talk by a man cutting through. (Sharp)