A sampling of station's broadcasting on shortwave. What are you hearing in your listening post. Contributions are always welcome at to the above email address. Best of DX your way !
Gayle Van Horn 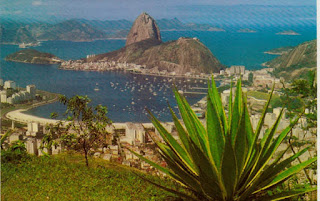 Guinea
Radio Guinea, Conakri on 9650 at 1020 with local vernacular talks to woman's comments and station ID. Transmission with slight interference by Voice of Korea on 9650kHz, at 1029 with interval signal and national anthem. SINPO 44433 (Xavier).

India
All India Radio via Bangalore in English on 13605 at 1048. Indian music to talks and station ID. Postal P.O Box quote and bits of song "Fernando." Time pips to sign-off for poor quality transmission. SINPO 35432. Noted on 13640 at 1937 via Bangalore, in Arabic. Arabic songs to announcer's talk to 1945 interval signal. French service from 1945 with ID and music. Good signal and fair modulation. SINPO 45433. All India Radio also noted on 15410 at 0115 via Panaji (Goa) in Thai language. Interval signal to announcer's talks and Indian music. Transmission barely audible and sometimes very poor. SINPO 25331 to 25332 (Xavier).

All India Radio via Gangtok (Sikkim) on 4835. Unusually good propagation, the best reception I have ever had here. Noted at 1508 with subcontinent music. Switch at 1512 switch over to audio feed from New Delhi, starting with tone. Singing ads in Hindi. Tone signal at 1515 before news in Hindi. (Ron Howard, CA/DX-India)