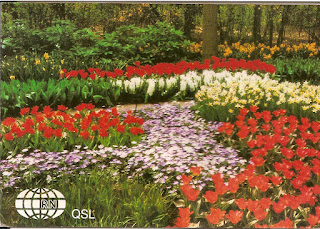 This week: One More Time

A rags-to-riches entrepreneur in Mogadishu gets kidnapped by Al Shabbab, and makes his escape... and his fortune. A man from Peru goes back home after 40 years to confront the man who tortured him. A man in Uganda recounts near-misses with militias and government troops, while an American writer recalls the truth and myth around a family story. And finally: a repeat of our interview with Don Ritchie, who sadly passed away this week in Sydney, Australia after helping stop over 100 people from ending their lives.


Earth Beat
Marnie Chesterton and her team look at the footprint we’re leaving on our planet.

This week: The Gift

We explain why not to look a gift horse in the mouth (especially when there’s free energy at stake) and meet the people turning every bit of green space in their town – ditches, roundabouts, abandoned parking lots – into glorious edible gardens where the fruit and vegetables are free for the taking.

South Asia Wired features stories from the region, the Diaspora, and events here in Europe of interest to people from South Asia.

As the clock ticks - A massive airlift gets underway to transport thousands of refugees out of Sudan
Uganda’s prostitutes take the lead in the country’s battle against HIV/AIDS
Step back in time: 1940’s East African music is cool again

This week: No respect: generation gap in Africa

Do young Africans believe in the wisdom of the old? Should they? How do the older generations view today's youth? As we hear in this lively debate between young and old, there is clearly a generation gap in Africa. We ask if - and how - it can be bridged.

This week: Framing the Nation - by Sylvia Schlettwein, Namibia. Where to hang an old family painting?

This week: Who says I can’t serve?

Armed forces in many countries have 'don't ask, don't tell' policies when it comes to sexual orientation, but not New Zealand. Radio New Zealand’s Mike Gourley introduces us to Lieutenant-Commander Kevin Sanderson - a gay naval officer in the New Zealand Navy - tells his story.