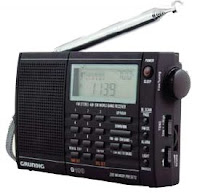 Bolivia
6134.80, Radio Santa Cruz, 1015-1030. Just a weak signal with a male in steady Spanish language comments. Conditions are poor this morning on all bands. At 1021 a female joins the male in comments. As noted, the signal was weak and poor. (Chuck Bolland, FL)

China
4940, Voice of Strait, 1530. Start of the Sunday only program in English, Focus on China. Faintly heard ID ("this is the Voice of Strait, Fuzhou, China"). Far underneath a much stronger AIR Guwahati (AIR news in English). Mostly unusable, checked at 1556 to hear Chinese, so today was just a 25 minute program. (Ron Howard, CA/Cumbre DX)

6125, CNR1, 1311-1340. In English and Chinese with special live coverage from the stadium in Guangzhou of the opening ceremony of the Asian Para Games. Signal good. (Ron Howard, CA/Cumbre DX)

Cuba
RHC unusual weak this morning here in Europe on Dec 21. Like yesterday Dec 20 too. Strange, because Sackville and Bonaire are booming in as usual at same time span. (wb, Germany/HCDX)

India4880 All India Radio-Lucknow. Heard via long path at 0055 tune with Hindi vocal and instrumental music. Woman announcer heard at 0108.5, 0114.5. Woman announcer at 0115 with what sounded like news bcst. Signal faded into noise by 0124. Signal was a steady S2 with slight improvement after 0105. Heavy QSB, typical of LP reception. Lucknow is rare here on the long path.(Bruce Churchill, CA/Cumbre DX)

Madagascar
5010, Radio Madagasikara (Ambohidrano), 0234-0245. Malagasy. Talk by man. Pop music at 0235, more European than African. A couple of rooster sounds at 0239, then lively local pops. At 0243, man and woman with multiple IDs and talk with off and on Jingle Bells in the background. Drums at 0245 followed by ID and talk by man. Good to very good signal with moderate fading. (Jim Evans, TN)