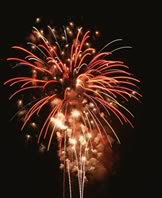 We hope you will enjoy our radio programmes, whether you listen to them online, via satellite, your local station, or shortwave. Stay tuned!
So this coming week on:

Dancing in Auschwitz: Adolek Kohn survived Auschwitz. More than 60 years later, he went back. But this time he went with his daughter and three grandchildren. And they danced. To the disco song 'I Will Survive'. It caused a storm of protest, but also inspired a lot of support. Adolek and his daughter Jane tell Jonathan why they did it and how important dancing has been in their lives.
Wrongfully convicted: Barry Gibbs was sentenced to 20 years in jail for a murder he didn't commit. He was framed by a cop who was on the Mafia's payroll. But Barry worked daily to get himself free and finally, 19 years into his 20 year sentence, he was released. Barry talks to Jonathan about life back then on the inside, and about life right now on the outside.
Sarajevo remembered: Amela Marin Simic survived the siege of Sarajevo. It's something she preferred not to talk about. But after Radovan Karadzic was put on trial at the International Criminal Court in The Hague, she decided to write an audio essay about a video clip that's haunted her since the Bosnian war - one that she's now been able to exorcise.
Coffin stealing: John Kibera in Nairobi, Kenya grew up stealing. He and his gang would cruise funeral services and steal the coffins so they could resell them. They finally got caught by the police who shot dead his gang members. John survived by hiding in the casket and then running into the crowd, scaring everyone.
The man who disappears people: Frank Ahearn used to be a "skip tracer", tracking down anyone, for anybody, as long as the client paid. After a while, he became disillusioned. He tells Jonathan how he now helps people in trouble "disappear" - often for free.

We choose the best of our show from the past year. From life on Mars on Earth, to what it's like to wear the same thing every day for 7 years, listen to our most passionate and interesting guests to start off your new year.

We choose the best of our show from the past year. From life on Mars on Earth, to what it's like to wear the same thing every day for 7 years, listen to our most passionate and interesting guests to start off your new year.

The lute plays an important role in the music from Greece and the Middle-East in today's programme. We begin today with percussionist: Cyro Baptista. He was born in Brazil's San Paulo, but moved to New York in 1980. He has recorded with many well-known names. After many years of touring with people like Herbie Hancock, Sting, Paul Simon, Snoop Dogg and Santana, he decided to form his own ensemble with percussion instruments from all over the world. "My music is like the Brazilian culture: we take in a thousand and one different influences, ... and make our own thing," Baptista said in an interview. We recorded him playing at the Bimhuis in Amsterdam in May 2010. Here is Cyro Baptista and his ensemble with Bird Boy."

Monday:
Works by Mahler, Dvorak, Brahms and Richard Strauss. The concert is hosted by Hans Haffmans.

Tuesday:
Featuring Beethoven's Piano concerto no. 4 in G major, and four works on the theme of Orpheus by Von Gluck, Laman, Liszt and Stravinsky. Your host is Hans Haffmans.

Being Reasonable - by Sandeep Shete from India.
The end of a rough journey.
(Hilary Staples/Radio Netherlands)