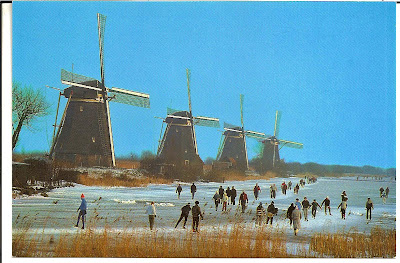 Betrayal
A Norwegian filmmaker on joining anarchists in their fight against neo-Nazis, and the betrayal she regrets to this day. A Dutch wallpaperer and his comic odyssey in becoming part owner of one of the most expensive soccer clubs in the world. And a 97-year-old veteran on the Warsaw Uprising who was jailed by the country he put his life on the line for.

This week on Earth Beat, we’re heading up, up and away to take a look at the view from above. From using Google Earth to discover archeological sites to a scientist with a head for heights, and a group of intrepid twenty-something canoeists who decided to paddle 7000 km across the second largest country in the world to understand exactly how bit it is. Getting a bit of distance...
First airing: Friday 03:00 UTC

Bangladesh’s struggle for independence from Pakistan – 40 years ago this year – came with a price. Many Bangladeshi women were raped during the final stages of the war, but a very conservative society left no space for the victims to talk about their terrifying experiences.

On this week’s South Asia Wired, you can hear the story of two sisters who were both raped by the soldiers. They’re not afraid to break the wall of silence that, even 40 years on, holds so many other women in Bangladesh captured.

Violence flares on the streets of Kinshasa, over claims of election fraud in the Democratic Republic of Congo. We ask what the future has in store for peace in the country

In the first of two special reports, we ask what makes homosexuality such an anathema in countries across Africa.

And we hear from Ghanaian-American, Blitz the Ambassador, about his own blend of hip hop straddling Africa and America.

Think out of the box and create your job!

More than half of African youths are unemployed. This is because there is little formal employment for them.

This edition features three successful African entrepreneurs who did not wait for jobs to come to them. They thought out of the box, and even broke a few taboos in order to create their own jobs. One is a professional toilet cleaner, one started a delivery business and another helps people run their businesses.

Commonwealth in Progress
A selection of winning stories chosen from the large number of entries for the 2010 Commonwealth Short Story Competition.

Who says I can’t fish?

Around one billion people in the world rely on fish as their primary source of protein, but fishermen in many parts of the world are having greater restrictions put on their fishing because of concerns about the level of fish stocks and the marine environment.

The BBC World Service introduces us to Fred Normandale, one of the few remaining fishermen in the small town of Scarborough in the North East of England.

This week we make a virtual journey of 3000 miles from Seattle to New York, all via music stages in the Netherlands.

Originally a computer science prodigy, Aaron Parks from Seattle switched to piano playing aged 16. He characterises his own music as 'spontaneous and cinematic'.

Next on the stage of the Amsterdam BIM house is Dutch drummer Erik Ineke's band JazzXpress, joined from Kansas City by singer Deborah Brown. Their show is a tribute to vocalist Ivy Anderson, known for her work with Duke Ellington in the 1930s.

The Vanguard Jazz Orchestra, known for its unbroken string of Monday evening concerts over 45 years in the Greenwich Village Jazz Club, ends the programme. Thad Jones compositions are the mainstay of their music.

Available 24 hours a day via our sister web station RNWclassical.com