Days of radio yet to be over


Special thanks to Achim Brueckner for the link to this story at Twitter. 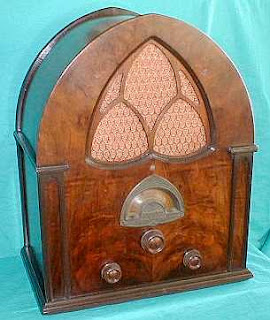 Shihab Sarkar
'Radio Days', was a widely acclaimed 1987 feature film directed and starred by Woody Allen. The movie vividly showed that commercial radio network always had a dominant place in the American life even in the late eighties. By then television had already made deep inroads into the US society. But the general people did not stop tuning in to radio, be it local or national.

Listening to radio news and other programmes and watching TV go parallel in the US even these days. By mid-eighties in Bangladesh, radio was largely driven out by the wonder-box TV in the urban areas. The upscale rural pockets have also witnessed the similar scenario. It's only lately that radio-listening has undergone resurgence with the launch of a number of private radio channels in the country. These FM (frequency modulation) radios can be found in the mobile phones.
Against this backdrop, this year's theme of the World Radio Day (February 13) --- 'Radio in Times of Disaster and Emergency', has appeared before us with fresh importance. No other slogan applies to Bangladesh more aptly, as the country is periodically battered by cyclones.