Russia back on shortwave ? First step to rebirth of a powerful broadcasting? 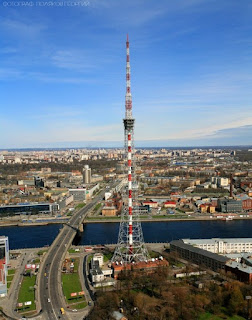 Among the subjects of the contest for №№ 8 and 9 as the sole applicant stated State Budget Institution of the Republic of Sakha (Yakutia), National Broadcasting Company "Sakha" (NBC "Sakha"), intending to obtain the right to exercise of terrestrial analogue broadcasting in short wave.

According to Director of Directorate broadcasting NBC "Sakha" Maxim Berezin, broadcast is scheduled to begin in the spring, most likely - in May. For our part, we hope that the broadcasts could be started earlier after receiving a broadcasting license.

Add in conclusion that it is in these days of January the station number 1 branch RTRS "RTBC the Republic of Sakha (Yakutia)" in the village Tulagino where a shortwave signal NBC "Sakha" will spread to the entire territory of the republic and to reach the most remote corners of the globe, is celebrating its fiftieth anniversary.

A small addition to this report, and apologize for a certain group editor incorrect header. The fact is that after closing, a few years ago, Russia's foreign broadcasting (Voice of Russia) and off last shortwave domestic broadcast transmitters (Radio of Russia, including - in Tulagino) in this range, continued its work of a single transmitter, broadcasting a program of the Adygeya radio (STRC "Adygea") in the amount of three hours per week for compatriots abroad on Circassian, Turkish and Arabic. Current schedule of his work: 2100-2200 GMT on Monday and Friday, 2200-2300 GMT on Sunday at a frequency of 6000 kHz exactly (in the range of 49 meters) over 100 kW transmitter radio center of the Kuban branch of RTRS "Krasnodar KRTPTS" in the Tbilisi district of the region. Link to the archive of programs online http://www.adygtv.ru/programs/radio-inoveshchanie/bro..