The Russian mystery continues - can you solve it ? 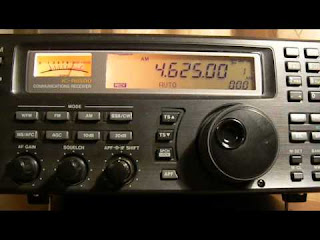 Thursday by many is called 'Throwback Thursday,' Facebook and blogs are loaded with special memories, QSLs, or photos of their favorite pets. I was reminded recently by my husband Larry, of indeed "a throwback" mystery.

On December 21, 2015, U.K.'s Daily Mail, published an article by Jonathan O'Callaghan entitled, Can YOU solve the mystery of UVB-76 ? Radio station has 'buzzed' every second since the 1970's- but no one knows why.

Fast forward to February 2, 2016 - and there it is. Still "buzzing" on 4625 kHz, and just as much an   enigma as ever. Have I missed something ? Has someone solved this big buzzer signal ? Theories abound, but here are a few of the theories from the Daily Mail

Suddenly the piercing buzzing noise that has continued incessantly for months stops. A cold voice takes over.
‘U-V-B-7-6’ is read out in a thick Russian accent, before listing a series of code words and numbers. Then, just as suddenly, it ends. The buzzing returns, for another few months.
That is what has greeted listeners of a mysterious radio station nicknamed 'The Buzzer' - and code named UVB-76, or more recently MDZhB - since the 1970s.
But what the Buzzer is doing, or who is broadcasting it, remains a mystery with theories ranging from the Russian military to atmospheric research.

The Buzzer is a shortwave radio station of unknown origin. Although its noise has changed slightly over the preceding 40 years, it has always involved some form of regular buzzing, interrupted by a voice on rare occasions seemingly reading out a message.
Today, 25 times every minute, it spends less than a second buzzing, pauses, then buzzes again - endlessly.