A followup to : Mexican Radio to Beam Chinese Propaganda to United States ? 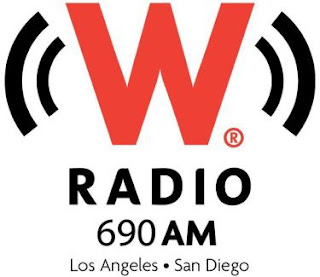 XEWW-690 may be Spanish or Chinese
Peterson's report last issue of XEWW-690 Rosarito, BCN in Chinese on August 1, 2018, appears to be a violation of  an FCC temporary authority effective July 20; that restricts the station to Spanish language programming.

A 1992 agreement gives the FCC authority to block the sale of Mexican stations that target U.S. audiences.

Both the FCC and the U.S. Justice Department are investigating the sale, based on intelligence reports, that the Chinese government has the potential to control XEWW's programming through the new owner.

Formerly known as XERTA, XEAK and XEAC, the station's currnt 77, 500 watts, during the day has been a directional pattern that equated to at least 100 kW to much of California, from a transmitter site close to the border near Tijuana.

In the Sa-Diego-Los Angeles corridor, more than 600,000 people are fluent in at least one of the Chinese languages.
(DX Monitor-28 Aug)

earlier coverage of this situation


A change of language is in the works for a cross-border AM station targeting the San Diego and Los Angeles markets. Grupo Latino de Radio (GLR) has informed the Federal Communications Commission that it is selling the Tijuana-based XEWW (690) and the station will flip from Spanish-language news-talk “W Radio” to a Chinese-language programming.

In a filing with the International Bureau, GLR says it has agreed to sell its equity stake in XEWW to H&H Group USA. Financial terms were not disclosed. H&H Group USA is 97% controlled by Vivian Huo, with the remaining 3% owned by Julian Sant. Both are U.S. citizens. Huo is the founder of H&H Capital Partners, a New York-based investment banking firm. The XEWW purchase is believed to be its first media-related deal. The sale, which doesn’t need FCC approval since it’s a Mexican-licensed station, is expected to close in mid-July.

The International Bureau will however get a say in whether the Irwindale, CA-based radio team can continue to relay programming via the internet to the Mexican radio station. In a request, the company says other than ownership and programming language, the operation of the station will be similar to the permit last renewed by the FCC in June 2017. “The applicant proposes to provide a full range of Mandarin Chinese language programming,” the filing says, “including music, entertainment, weather report, local (Los Angeles) traffic report and local Chinese community news.”