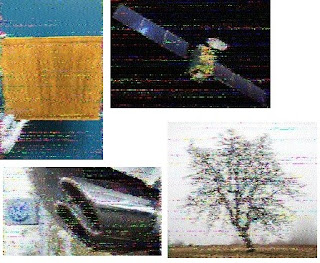 
Last weekend was very difficult for Shortwave Radiogram, between the poor propagation and technical mishaps.  Saturday at 1600 UTC, the transmitter in Bulgaria went off the air shortly after Shortwave Radiogram began. But it came back on a few minutes later, starting from the top of the show, with the transmitter staying on the air past 1630 UTC to allow the entire program to be broadcast. We are grateful to Space Line for doing this, as illustrated by this tweet from Ralf in Germany.


Then, Sunday at 2330 UTC, we had a repeat of the problem that occurred the previous week: At about 2331, the Shortwave Radiogram audio flipped over to 5010 kHz, another WRMI frequency. At least this time many listeners were aware of the problem and retuned to 5010. That frequency, however, did not propagate very far north of Florida. I heard it in Virginia, with difficulty. Jeff at WRMI tells me the cause of the problem has been found, so we are optimistic that the Sunday 2330 UTC transmission will be nominal this weekend.


Because of the difficult weekend, I arranged for an extra transmission of Shortwave Radiogram on Channel 292 in Germany, 6070 kHz, Wednesday at 1800-1830 UTC, just before Slow Scan Radio. This worked well, even though the propagation at dusk was “interesting.” I have not yet decided if this will be a permanent addition to the Shortwave Radiogram schedule.


There is a video of Shortwave Radiogram program 62 from Ralf in Germany (Saturday 1600 UTC). Mark in the UK has the audio archive.  And Roger in Germany provides analysis.


This weekend, Shortwave Radiogram will transmit in our usual combination of MFSK32, MFSK128, and MFSK64, including eight MFSK images.


Here is the lineup for Shortwave Radiogram, program 63, 31 August to 3 September 2018, in MFSK modes as noted:


14:12  Lithium-oxygen batteries are getting an energy boost*

Slow Scan Radio transmits SSTV images and text modes Wednesdays at 1830-1900 UTC on 6070 kHz via Channel 292 in Germany. The website is http://www.slowscanradio.com. Reception reports to  x@xdv.me.


Italian Broadcasting Corporation (IBC)  Five minutes of MFSK32 is at the end of the 30-minute English-language “Shortwave Panorama. For the complete IBC transmission schedule visit  http://ibcradio.webs.com/


Broad Spectrum Radio is transmitted by WRMI Florida Mondays at 0700-0800 UTC on 5850 and 7730 kHz. MFSK32 is broadcast during the second half hour of the show. Reports to broadspectrumradio@gmail.com.


Thanks for your reception reports!


Reporting on international broadcasting at https://twitter.com/kaedotcom