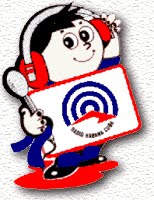 Hola amigos radioaficionados, this is the mid-week edition of Dxers Unlimited your favorite radio hobby program. I am your host Arnie Coro, my ham radio callsign is CO2KK and yes, I certainly enjoy having this unique opportunity to share with you and others information about our wonderful hobby, yours and mine¨RADIO

By the way the most recent G3 class geomagnetic storm really took a big toll on the short wave propagation conditions, but I expect that they will make a comeback in the next several hours The information starts with a briefing about solar activity… or should I say solar lack of activity, with only very small sunspots active regions seen by observers and the daily international sunspot number was down to one point five, yes, you heard it right just less than two sunspots average associated with the also extremely low solar flux figures below 69 unitsn.

Looking at my archives I found that the month of August of 2008 went down to the history of solar monitoring with absolutely ZERO sunspot number, something that didn´t happen for many, many years of meticulous optical observations carried out by the most experienced astronomers.

And that was of course, during  solar cycle´s 23 tail end.Yes, we must no deal with another extended period of very low solar activity that during the next winter seasons will send the maximum usable frequency curve way down, as a matter of fact it may go as low as four or five MHz, during the local evening hours.

Now let me share with our radio amateur listeners and those of you that enjoy listening to hams communicating with each other on the short wave bands, information about hams that defy the bad propagation forecasts and call CQ into an otherwise absolutely empty band, only to be rewarded by a DX station coming back to the call.

It happens quite often, especially on the 17, 15, 12 and 10 meters amateur bands during periods of very low solar activity. Just to provide you with an example – a few days ago I was monitoring the 12 meters band, that spans from 24.890 to 24.990 MHz. It is one of the amateur bands that was granted to us radio hobby enthusiasts by the 1979 World Administrative Radio Conference, and unfortunately it is among the least used of the HF amateur bands.

Well, to make the story short, I found a station from Colombia handling a pile up, working one station after the other and giving them nice reports. I scanned the entire 100 kHz of the band several times, and the Colombian station was the only one heard here in Havana.

Obviously, he was reaching the United States quite well because all stations that he was working where from that country. Then I prepared by QRP or very low power station, tested it about 10 kHz, up from the Colombian station, retuned back to his frequency and gave him a quick call when he ended a QSO,
and sure enough amigo, my four watts received a five-seven report of the single side band voice signal, while running a center fed dipole up at around 10 meters above the roof.

Yes, even when apparently the higher frequency amateur bands are closed, it is very often not the case. What happens is that no one is using them at that given time, and that is why it is so important to call CQ on the well-known spot frequencies for the different transmission modes.

Nowadays if you have the possibility of using the FT8 digital communications mode, by all means, use it and you will be surprised by the amazing results. As it happened to me you may be rewarded with a nice two-way contact.

Yes, you are listening to Radio Havana Cuba, the name of the show is Dxers Unlimited and get ready to listen to something really amazing, I have named it the DUMMY LOAD antenna system… and that will be explained in detail here at our technical topics section of the program.

Amazing, hard to believe, surprising, those are the words I hear when doing a practical demonstration of the antenna I am about to describe, but the fact is that despite all the odds, it does work.

Are you puzzled with what I am talking about? Want to know what it is?
Well, it is yet another version of what is known by engineers as a resistive loaded antenna system, which can be easily improvised with just a standard 50 or 75ohm dummy load, a coaxial T connector and a length of antenna wire.

I have named it the WONDER DUMMY LOAD ANTENNA The idea of using a dummy load as part of an antenna system can be traced to the very early days of radio. Our grandfathers used light bulbs as dummy loads to test their vacuum tube transmitters, and they soon found out, quite by accident  that even when their AM and CW transmitter was hooked to a 100 or 200 watt light bulb via a length of the then popular twisted pair feed line, their signals  sometimes could be heard across town, and surprisingly, they could also be heard at far away locations, while using the light bulb dummy load instead of an antenna, especially on the 10 meters band.

As many of you know well, one of the best compromise antennas, and I always  will insist in that it is a compromise antenna, the TTFD, or Tilted Terminated Folded Dipole, uses a terminating non inductive resistor and although it has losses that may amount up to 10 dB and even higher at the lower frequencies, many users install them for the convenience of not having to invest in an antenna farm.

The real advantage of the resistive loaded antenna is that you can change frequencies fast, and if the antenna is well designed, the standing wave ratio will be reasonably low, so that the automatic antenna tuners used at those professional installations really don’t have to work very hard to bring the radio to maximum power output.

Now with the antenna I am describing here at Dxers Unlimited today, the concept of a resistive loaded antenna is carried a step further, by using a terminating resistor that is a perfect match to the coaxial line.

That means that a 50 ohm dummy load resistor is connected to the coaxial cable coming from the rig using a T type coaxial fitting, then to the free end of the T type fitting, you simply connect a random length of wire and start testing !!!

Amazing as this may seem, it works! And to test the concept you will only need a coaxial T fitting, a length of coaxial cable and a dummy load resistor capable of dissipating whatever power you want the transmitter to deliver to this rather unique antenna system... NOW, this is not an April’s fool joke, … remember we are in August ... and all what has been described so far about this unique antenna is absolutely field tested by yours truly, under the most diverse circumstances. .

The incentive behind using this dummy load plus wire unique radiating system is no other than experimenting, and at the same time, this might be a useful approach if you want to avoid problems with your solid-state rig’s final output transistors while using a stealth antenna!

During the recent Hurricane Irma emergency, I installed a DUMMY LOAD PLUS WIRE ANTENNA, that consisted of a 50 ohms dummy load rated for 100 Watts continuous service and 15 meters of number 10 copper wire, and of course a T coaxial connector… The length of the coaxial cable from the transceiver to the dummy load was 10 meters, and the dummy load was located below the 500 gallons water tank on my reinforced concrete roof top.

The wire was extended from there and tied to one of my towers…. the antenna worked very well on both the 20 and 40 meters band. As expected the standing wave ratio reading was a perfect one to one, and all stations to which I contacted were surprised to hear about the extremely rare type of antenna that I was using.

And now amigos as always at the end of the show, here is Arnie Coro´s Dxers Unlimited´s HF plus low band VHF propagation update and forecast….

I expect that soon we will see the appearance of the yet to be fully explained by scientists trans equatorial propagation openings that bring VHF signals across the equator with amazing regularity every year and without any connection to the solar cycle.

Send your signal reports and comments to inforhc@enet.cu and via Air Mail to Arnie Coro, Radio Havana Cuba, Havana Cuba.