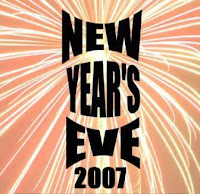 December 31, 2007
Early in the morning of December 31st (here in Eastern North America) places like New Zealand and Australia are already ringing in the New Year. Through shortwave radio and/or the internet, you can join them. Take the tour. It’s a blast.
Happy New Year Around the World in 24 Hours
by Fred Waterer
http://www.monitoringtimes.com/Around-in-24-hrs.pdf

Out-Takes
To salute the end of another year, IDEAS host Paul Kennedy salvages material that got left on the editing room floor. He presents excerpts from the lively question-and-answer sessions that followed each of the 2007 Massey Lectures by Alberto Manguel, The City of Words, recorded in Halifax, Victoria, Edmonton, Montreal and Toronto

Russ Horton’s Mr. Aircheck Radio is the place to go for air checks from days gone by. On New Year’s Eve 2006 he played New Year countdowns from WOR in 1970 and CKLW in 1973. http://www.live365.com/stations/doggone01 Ideas Levee 2008
In our almost-annual tradition of being “at home” for visitors on New Year’s Day, Paul Kennedy previews IDEAS episodes upcoming this winter through informal chats with their creators. He’ll be covering a lot of ground - everything from cyber libraries to antique wedding dresses!

New Year’s Day
Another annual tradition is the New Year’s Day Concert from Vienna, traditionally heard via Radio Austria International, BBC Radio 3 and PBS in the US. Try around 1015 UTC. In past years, it has been televised on PBS in the afternoon.

New Years Greetings from Radio Tashkent, Uzbekistan
Orthodox Christmas takes place in January (the 6th). Some of the stations from Orthodox countries will celebrate Christmas with “us” in December, then do it all again in January. The Orthodox hymns from Russia, Kiev, Bulgaria, Serbia and others are breathtakingly beautiful.