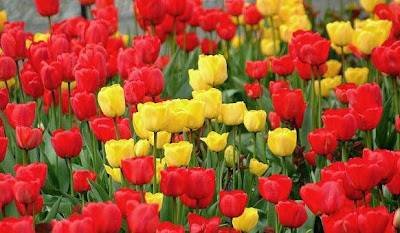 A British man finds out his grandfather was not only a card-carrying Nazi, but a dedicated member of the SS. After a young neo-Nazi skinhead in Poland discovers his Jewish roots, he turns to a rabbi for guidance. And an Egyptian man who fled Egypt is now considering moving back to be with his son after living apart for eight years.

The wet stuff, and how our dependence on it can land us in hot water. From building houses out of water bottles and swimming the world’s biggest rivers to seriously cutting back on it, Earth Beat examines our increasingly fraught relationship with H2O.

Speculation grows over the health of Zimbabwe's President Robert Mugabe.
African cities of the future revealed.
A touch of the blues from Zimbabwe's Rina Mushonga.

This week: Africa is lined with silver!

Tom Dietz says that our continent is lined with silver. Our economies are booming, our population is young, and lives longer. Prof Dietz is the director of the Africa Studies Centre which is attached to Leiden University in the Netherlands. It is one of the oldest and most prestigious centers for the study of Africa in the world, where many African scholars are being trained. With him we find out what makes the continent so fascinating for the rest of the world.

South Asia Wired
Programme in which South Asians get to talk to each other, hosted by Dheera Sujan.

Programme bringing the full story behind the news from the region.

Swallow Dive - by Melissa Madore from Canada. A moving story of loneliness and death.

Elkader is a small town in the center of the American Midwest. It’s not where you’d expect to find a gay couple starting an Algerian restaurant. But this town in Iowa was named after a 19th-century Algerian jihadist. In this episode of the Global Perspective series “Who Says I Can’t”, we find out how the residents of this small Iowa town have found their own path through the Islamophobia debate.

We listen to the music from the islands of Cuba and Curaçao.

The Cuban pianist Omar Sosa represents the New Cuban Jazz, mixed in a richly coloured palette of Afro-Cuban rhythms with intriguing improvisations and rich jazz harmonies. In the Cuban foundation of his work, elements of classical music, avant garde and even rap as well as influences from Africa, Latin America, the United States and Europe can be heard. It is music with its own, completely unique, identity.

In early November 2002, we recorded a splendid concert by the Cuban singer Polo Montanez at the Nijmegen Music Meeting, just weeks before his tragic death in a car accident in Cuba. With a style which swings between bolero, mambo and salsa he creates an intense variation of West Cuban folk music with melodic songs about love and longing and about the ordinary lives of Cuban farmers.

Available 24 hours a day via our sister web station RNWclassical.com.