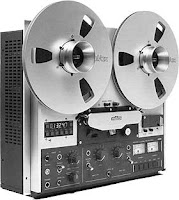 On 30 March 1977 Radio Nederland (as we were then called in English) broadcast a special programme marking our 30th anniversary, and 50 years since the first shortwave broadcast from the Netherlands. The complete programme is now available to listen to/download from the RNW Historical Audio Archive. Here’s a synopsis of the programme:

* Hendrik (Henk) van den Broek, Radio Nederland’s first director, recorded in 1955, explains why Radio Nederland was set up.
* The origin of Dutch overseas broadcasting goes back to 1927, the pioneering year of shortwave telephony. The Philips Laboratories in Eindhoven experiment with the PCJJ short-wave transmitter. The transmissions reach as far as the East-Indies. Mr. A C de Groot, a technical official of the Netherlands East Indies PTT and a radio amateur, is sitting up all night monitoring the 30 metre band in the hope of hearing amateurs operating in morse code from The Netherlands. Somewhere around 3:00 AM, he hears a voice speaking in Dutch saying “This is an experimental transmission from the Philips Laboratory in Eindhoven, Holland, on a wavelength of 30.2 metres”.
* That same year, the NV PHOHI (Philips Omroep Holland-Indië) was set up, a joint commercial operation of Philips and other Dutch Companies with interests in the East-Indies. It used the PCJJ transmitter.
* In November 1928, Edward (Eddie) Startz began broadcasting over PCJJ, marking the beginning of his popular “Happy Station” programme. Startz dropped the second J of PCJJ and said that PCJ stood for “Peace, Cheer and Joy: The Happy Station of a friendly nation”.
* Engineer Martin Ruis speaks about the closure of the shortwave transmissons because of the invasion of the German Army in May 1940. They tried to destroy the transmitter, but later on the Germans succeeded in reparing the PCJJ-equipment, and used it to broadcast propaganda to India (”The Voice of Free India”).
* Paris and London took over when broadcasts from Hilversum ended: The Dutch first used the French shortwave service for a programme called “Vrij Nederland”. That ended after a month with the German invasion of Paris. Over in London the Dutch Government in exile in late 1940 created “Radio Oranje”, the official voice of the Dutch Government.
* Fragment of a Radio Oranje transmission: Bob den Doolaard speaks about sabotage (in Dutch).
* Unknown Dutch speaker about listening to Radio Oranje and the BBC during the war.
* Hendrik van den Broek became head of Radio Oranje and in 1944 he created a station called “Herrijzend Nederland” in the grounds of the Philips Company in Eindhoven. When the whole of The Netherlands was liberated he moved his operation to Hilversum. Radio Nederland was born.
* On 15 April 1947 the private non-profit foundation Stichting Radio Nederland Wereldomroep was founded, after many discussions about the future of Dutch broadcasting.
* Short quote from Queen Wilhelmina about the end of Dutch rule in Indonesia.
* The story of Radio Netherlands in the fifties and beyond.
* Eddie Startz with the Happy Station station in Spanish, French and English.
* Technical expert Jim Vastenhoud talks about technological developments and the future of shortwave radio.
(R Netherlands Media Network Weblog)
at 8:15 AM