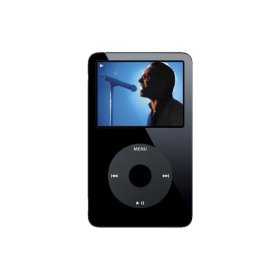 The BBC is drawing up plans for a plug-in gadget that turns MP3 players into digital radios.
Currently plans are at an early stage and there are no firm details for the capabilities of the gadget or how much it will cost.

There is also no timetable for when the add-on radio might appear.
"It's important for to us to make sure that people can listen to digital radio on their own terms," said a BBC spokesman.
Player power
Portable media players have grown in popularity recently and a study released at the end of June showed that ownership of them has doubled since 2003. The study by market research firm Ipsos reported that 20% of Americans over the age of 12 own one of the portable players.

Speaking about the plan for the gadget, the BBC spokesman said the broadcaster was carrying out feasibility studies to see how easy it would be to make and market the clip-on gadget. The study was also looking at the design of the product and what it would do.

"We have a duty to make sure digital radio is relevant and clearly portable MP3 players are a massive area of growth," he said.

The plug-in gadget would not be limited to playing the BBC digital radio stations. Versions might also be available for mobile phones and cars.

He would not name potential partners in the project but dismissed as "pure speculation" that Apple was involved.

Apple's iPod dominates the market for portable music players. Many people use a clip-on gadget for it called the iTrip to listen to their collection of tracks via FM radio. There are also many other gadgets and add-on extras for the iPod and other MP3 players.

The spokesman would not put a timetable on when the project would be finished but said: "We would like to get something out sooner rather than later."