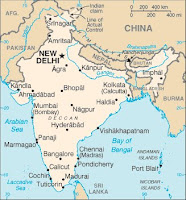 4850, AIR Kohima, 1200-1407v*, Nov 24, 25, 30, Dec 04 and 05, beautiful choral singing, 1340-1400 local news in English with major item about tomorrows start of the Hornbill Festival, weather, 1400 popular music program; DJ said for some reason he had not received any letters or emails with requests, so he would play songs he liked, suddenly off. Nov 30, 1400 ID: “This is All India Radio Kohima”; special address by the Governor of Nagaland, Nikhil Kumar, on the eve of the anniversary of the state of Nagaland having formally been inaugurated on Dec 01, 1963 and for the start tomorrow of the Hornbill Festival (http://www.hornbillfestival.com/ ) Dec 04, 1340 news about 4th day of Hornbill Festival (“Festival of Festivals”); fire destroyed some shops in Kohima; Defense Minister Shri AK Antony will arrive in Kohima tomorrow to visit the Hornbill Festival. Was off the air Nov 28, 29, Dec 01 and 02. (Goonetilleke and Howard)

4965, AIR Shimla, 1330-1630*, Dec 04, Back on the air! 322. (Goonetilleke). I heard it at 1600, Dec 04, with ID which confirms it is AIR Shimla, at that time the "Himachali Sangeet" programme ended and started a 'Airtel' sponsored Programe (the name sounded like “Apka Sandesh”) - though reception is very poor and like many other AIR transmeters - the audio level is lower than the signal when comparing with other stations, the anns also confirmed the AIR Shimla is on MW and SW. But they did not ann the frequencies. (Goswami, via Gupta)

4970, AIR Shillong, 1245-1629*, Nov 19, 24, 25 and Dec 05, congenial young woman with live on-air phone calls for music requests and dedications in English; had callers from Delhi, Calcutta, etc.; asked the callers about their weather (both Delhi and Calcutta were cold); played songs by Bertie Higgins, Celine Dion, ABBA, etc.; short break for news headlines; 1511 said she would be back next Tuesday evening at 8 PM (1430 UTC); switched over to programming from Delhi; mostly fair. The modulation was much better today, but still with a hum. Dec 05: “Live Wire” show started playing all Christmas music, “to get into the Christmas spirit” (“Rudolph, The Red Nosed Reindeer”; Nat King Cole singing “A Cradle In Bethlehem”, very enjoyable to listen to her sparkling voice! 433. (Goonetilleke and Howard)