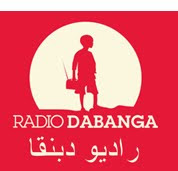 Research shows that Darfuri listen en masse to radio broadcasts via the short-wave band. 95% of the population over the age of 15 listen to the radio at least once a week. Over 70% of the people in Darfur listen at least once a week to Radio Dabanga, the Darfuri name for Radio Darfur. Mytton: ‘This research shows that short-wave radio is a very powerful medium in Darfur.’

After the state radio Omdurman – which broadcasts the entire day – Radio Darfur is the most popular radio station in terms of listeners. Asked which station people tune into to listen to the news, 39% states Radio Dabanga. Furthermore, it turns out that the questioned Darfuri primarily listen to the radio at times when Radio Dabanga transmits its broadcasts, from 7.30 a.m. to 8.30 a.m. and from 6.30 p.m. to 8.30 p.m.

Graham Mytton, formerly head of Media Research at the BBC and presently working as an independent media researcher, was commissioned by Press Now to conduct research into the listening behaviour of the Darfuri. The survey was held immediately after Ramadan, from September to the end of November 2009. The first results came in three days ago. The survey was held among 1,582 respondents over the age of 18 from all over Darfur, both men and women. The remarkable thing is that men and women listen in equal measure to the radio. ‘I have never seen that, nowhere in Africa – it’s usually a male affair,’ says Mytton, who has led numerous media studies in Africa. ‘The preliminary results are very good for Radio Dabanga.

Graham Mytton presented these provisional survey results yesterday evening in Desmet Studios, Amsterdam, during the celebration of Radio Darfur’s first anniversary.
The data presented by Mytton concerned provisional results that will still be supplemented further. The full research report will be rounded off around 1 January 2010.
(NASB Dec 09 via Dan Elyea)
at 4:00 PM