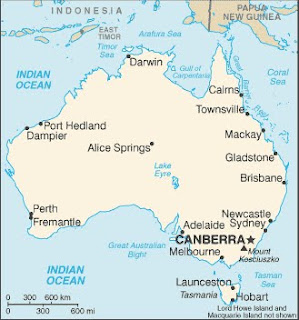 Another little known fact is that the Dutch government operated two radio stations in Australia in the middle of last century. This is what happened.
Back in the year 1932, the Dutch authorities in what is now Indonesia set up a monitoring station in their embassy in Batavia (now Jakarta). This station was established by the Royal Netherlands Navy and its main purpose was to monitor various Japanese radio transmissions.
In March 1942, when Japanese forces extended their empire into Indonesia, the Dutch navy transferred their headquarters to the island of Ceylon (Sri Lanka), and the radio monitoring facilities were transferred to Australia. The monitoring station, together with at least one transmitter, was established in very temporary accommodations at Batchelor in the Northern Territory, some 60 miles south of Darwin. This radio station, hurriedly installed in tents and huts, communicated with the Dutch navy headquarters in Ceylon, with small behind-the-lines parties in Indonesia, and later with their main radio station 2,000 miles further south in Victoria.
Some four months after the Batchelor station was established, a radio transmitter station was built for the Dutch authorities by the PMG Department in Australia at an isolated country location out from Melbourne in Victoria. The actual location of this station was near Yuroke, which is near Craigieburn, an outer suburb on the northern edge of Melbourne.
This Dutch radio station in Victoria was a quite small facility, though it was quite substantial. The State Electricity Commission established a sub-station near the radio property to provide electrical power, and three or four rhombic antennas, 80 ft tall, provided the antenna system for the shortwave transmitter. Subsequently, a single steel tower, 100 ft tall, was also erected. This station was remotely operated by teleprinter from Dutch offices at South Yarra in suburban Melbourne.
The purpose for this Dutch operated radio station in Australia was to provide communication with their naval headquarters in Ceylon and with the small temporary station at Batchelor. The station was staffed by Dutch and Indonesian personnel who had been evacuated from Indonesia.
In 1945, the transmitter station near Melbourne was taken over by the Department of Civil Aviation and it was used in conjunction with the large passenger airport at Essendon. In the 1960s, the main radio buildings were converted into a family dwelling on this small farming property.
The two Dutch radio stations in Australia, near Darwin and near Melbourne, were established for wartime communications. They were never in use for program broadcasting, though the evidence would suggest that at times they carried teleprinter news information for publication in newspapers and for inclusion in radio news bulletins.
(AWR Wavescan/NWS 45 via Adrian Peterson)
at 8:38 PM