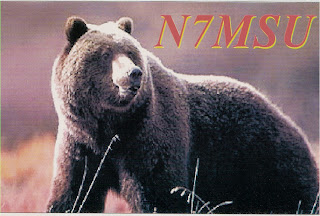 8R - Phil, G3SWH and Jim, G3RTE will be active as 8R1PW from Georgetown, Guyana on 22-29 February. They will operate CW only on 160-10 metres, and will concentrate on the low bands, and on 30, 12 and 17 metres (activity on 160m is possible, but will depend upon QRN and site conditions). Propagation permitting, they plan to have two stations on the air for as many hours every day as is possible. QSL via G3SWH, direct or bureau (for on-line requests for bureau cards please use the form at http://www.g3swh.org.uk/form.html . Logs will be available on http://www.g3swh.org.uk/ after the expedition, and will be uploaded to LoTW
about one year later. [TNX G3SWH]

A3 - Tomas, VK2CCC (LY1F) will be active as A35MT from Tonga on 19-26 November. He will concentrate on working the low bands CW, and operation will include an entry in the CQ WW DX CW Contest. QSLling instructions at qrz.com under LY1F. [TNX The Daily DX]

C5 - Jan, PA4JJ reports that his C56JJ operation from The Gambia [425DXN #855] is now scheduled to take place on 1-11 December. QSL via home call, direct or bureau (on-line form for bureau cards can be found at http://c56jj.pa4jj.nl/ . Please note that a minimum of 2 USD is
requested for direct QSLling outside Europe. Proceeds beyond return postage will be donated to the Baobab Nursery School project http://www.gambiahulp.nl/.

F - The Radio Club des Fourches (F6KSU) will operate again as TM7AJ from 18 November to 2 December. The special callsign commemorates the 100th anniversary of the death of writer Alfred Jarry. QSL via F6KSU. [TNX F8REF]

G - Special callsign GB80GKZ will be aired on 8-9 December by members of the Eagle Radio Group in Mablethorpe, Lincolnshire to commemorate 80 years of Humber Radio (callsign GKZ). Activity is planned on 80-15 metres SSB, CW and digital modes. QSL via 2E0NCG. [TNX 2E0NCG]

JD1_oga - Harry, JG7PSJ will be active again as JD1BMH from Chichijima (AS-031), gasawara from 29 December to 4 January. He plans to operate CW, SSB and RTTY on 160-10 metres. QSL via home call, direct or bureau. Further information and log search can be found at
http://sapphire.ganko.tohoku.ac.jp:8080/jd1bmh/ [TNX JG7PSJ]

OH - Santa Claus Land (OH9SCL) will be again active in December from the Artic Circle. Activity will be on 10-160 metres CW, SSB and digital modes. Among others, Santa's helpers will include OH3BHL, OH9KL, OH9MDV, OH9MM and OH9RJ. QSL via OH9UV. [TNX OH9MM]

PY - Ed, PY4WAS and Julio, PQ2BT will be in the rare Brazilian State of Amapa between 22 and 26 November. They plan to be active on 10-80 metres CW and SSB as PQ8KL, and to participate in the CQ WW DX CW Contest. QSL via PY4KL. [TNX PY4WAS]

R1_ant - Rif, RZ3BJ is currently active as R1ANR from "Blue One Runway" (aka "Novo Runway"), a logistic facility located some 14 kilometres away from Novolazarevskaja base, Antarctica. QSL via operator's instructions. [TNX F5PFP]

TA - LZ1NK will operate as TA3/LZ1NK from the Asian part of Turkey on 21-26 November. He will participate in the CQ WW DX CW Contest as TC3A as a single operator entry on 40 metres low power. QSL via home call. [TNX NG3K]

VP9 - John, OH3SR will be active as VP9/OH3SR from Bermuda on 23-27 November. He plans to operate holiday style on all bands SSB, CW and RTTY and to be active during the CQ WW DX CW Contest. [TNX NG3K]

YI - The Iraqi government has reopened the amateur radio service as of 20 November, and Scott, AD7MI will be operating as YI9MI from Camp Taji until 15 May. Expect activity on 10-80 metres SSB, CW, PSK-31 and RTTY. QSL via AD7MI. [TNX NG3K]