Bangladesh
693 was also noted back on air at around 1250 utc with a female announcer announcing that they were off the air due to power b/down.(Alokesh Gupta, New Delhi, India - 17 Nov) 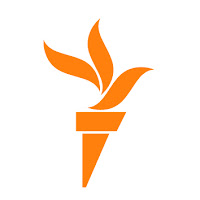 Germany
(non), 15205, Voice of America, 1411-1425 Noted a program of news and features in the English Language. ID'd as "... VOA News ...". This is listed as being relayed via Lampertheim, Germany. Signal was pretty good considering the location of the transmitter and target area. (Chuck Bolland, FL, November 17, 2007)

Malaysia
5965, Radio Malaysia, 1300-1340 Stayed on this for almost an hour. Heard a series of news and features in possibly the Malay Language. The band was almost gone, but the signal was on a clear freq, albeit a weak signal. Thus it was easy to hear, but not the ID. Both female and male announcers were featured. Signal was poor to threshold. (Chuck Bolland, FL, November 17, 2007)

Papua New Guinea
7325 Wantok Light (Presumed) Christian music. Talk by announcer in Pidgin. There was an announcement in English that the program was sponsored by a building company. Christian preaching program after 1100. Good signal via DX Tuner Australia.(Johnson Cumbre DX Nov 16)