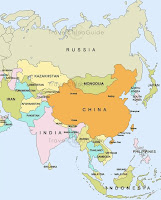 A sample of loggings from the latest DX Window

6175, CNR-1/Voice of China, Beijing, 1040-1050. Chinese comments sounds like news with break aways to other individuals who comment. Signal here was fair and mixing with a Portuguese language station which turned out to be WYFR which went off the air at 1045. Much better, since China is in the clear now with a good signal. (Bolland)

7245, CNR-2/China Business Radio, Beijing, 1430-1500. “This is a new Saturday edition of ‘English Evening’. From this Saturday on, each week we will introduce you to a new movie.” New format and time (ex: Sa 1300-1400),sound bites from the movie “Confessions of a Shopaholic”, along with plot summary, followed by “Studio Classroom Worldwide.” Signal fair-good. (Howard)

7350, CNR-11 (Tibetan Service), 1430-1500. Holy Tibet program to distinctive canned commerciaals, that I have not heard for many months, for the medical massage clinics in Lhasa, gives phone numbers, says Lhasa clinic located in white building, door number 33, licensed students trained by doctors from Beijing medical massage clinic, foreign experts visit Lhasa to also train the students, giving cost for one massage for foreigners “and for local people about 55 Renminbi and it takes one hour." They speak English, Tibetan and Chinese at the clinics. Tourism of Tibet (American tourist talking about the “great weather in Lhasa." Program
segment Eyes on Tibet to Tibetan music. Parallel on 6010. Enjoyable program! (Howard)