This edition of Blog Logs, shifts gears a bit to follow what pirate radio fans are following from the weird and bizarre world of pirate radio broadcasting.

Logs are a sample selection from the Free Radio Weekly newsletter. Thanks to the gang from FRW!
Gayle Van Horn 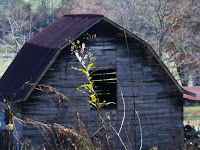 Pirates Week Relay
6925USB, 2335-0001* SIO242. Relay of a Pirates Week program produced by Ragnar Daneskjold. Breaking the Law rock riff at open and close. DX program content difficult to copy well,given the weak level. At sign-off, announcer mentioned Outhouse Radio, so that might have have been the source of the relay. (Zeller-OH)

Voice of Kaos
6925USB, 016-0157.* Good to Excellent signal with a nice show of music. The songs were a cover of the Rolling Stones Wild Horses, Led Zeppelin, Dirty Laundry and others. Signed off with the Maxwell Smart theme. (Majewski CT) (FRW 704)

Voice of the Robots
6925USB, *0113-0143, SIO 242/242. Mix of rock music and instrumental music from the Robots who have taken over our planet. Some discussion of Dr. Smith from Lost in Space. Gave voiceoftherobots@gmail.com for repts. Well copied until 0119, but weaker thereafter. (Zeller-OH)(FRW 705)