India
Hello Friends,
In connection with the Indian Independence Day on August 15, The President of India, Mrs. Pratibha Devisingh Patil will be broadcasting to the nation at 1330 UTC (7,00 PM IST) on
14 August 2009. All stations of AIR will relay it on MW SW & FM. The AIR regional SW stations will be on 4 MHz band then.

All India Radio-Kohima is heard now only on special occasions like Independence Day August 15 & Republic Day January 26 and has been heard even by listeners in United States. 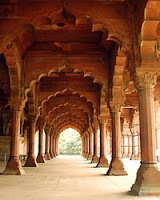 and from Ron Howard,
The 63rd Independence Day celebrations will shortly be taking place in India on August 15. It is one of the major holidays of the year and affords us the great opportunity to hear some special programming via SW.

Of particular interest to me is the president's address to the nation on the eve of Independence Day (August 14). President Shrimati Pratibha Devishingh Patil’s speech will be delivered via SW radio at 1330 UT (7:00 PM IST), just as it was last year. I had the good fortune then to
hear it on 4850 (AIR Kohima, which is a very special event for this rarely used frequency), 4895 (AIR Kurseong), 4940 (AIR Guwahati) 4970 (AIR Shillong), 5010 (AIR Thiru.), 5040 (AIR Jeypore) and 9425 (AIR Bengaluru). I probably missed hearing some of the regional stations, but certainly they all carried the speech that was given first in Hindi and repeated again in English. I look forward to listening in again this year to this unique coverage!

Last year’s reception of AIR Kohima on 4850 was as follows: 1308, Aug 14, 2008 in Hindi; subcontinent music and singing; series of ads with singing jingles; 1328 marching music/anthem, open carrier from 1330 to 1331; started president’s speech on the eve of Independence
Day, in Hindi; followed by the same speech in English; abruptly off at 1404.

Special thanks to Jose Jacob of Hyderabad, India for confirmation that this year’s speech will indeed be broadcast at 1330 UT, August 14, 2009. (Ron Howard, CA/Cumbre DX)
at 5:17 PM